Crash Tag Team Racing is the third racing game based on the Crash Bandicoot series, after Crash Team Racing and Crash Nitro Kart. The game supports LAN play for up to 8 players in the PlayStation 2 version.

The game begins with the farewell race of the Von Clutch's Motorworld, an "auto-racing theme park" constructed by the German cyborg Ebeneezer Von Clutch. It is revealed that the power source of the entire park, and of Von Clutch himself, has been stolen giving only a few hours for anyone to get it back. As it seems not enough people are coming to help, the main characters of the series crash into the park. The owner of the park explains that whoever retrieves the Power Gems will be the new owner of the park, giving Cortex the idea of using the park as a new base of operation.

One of the main hook of the game is the ability to create a "clashed" vehicule; during a race the player can merge his vehicule with another one with the press of a button, creating a bigger vehicle with the second driver operating a turret as a weapon, similar to Mario Kart: Double Dash. The player can deactivate the "clashed" vehicule when he wants. Each vehicle in the game also has a health bar that gets drained every time the player is attacked. The game also features some platforming portions. 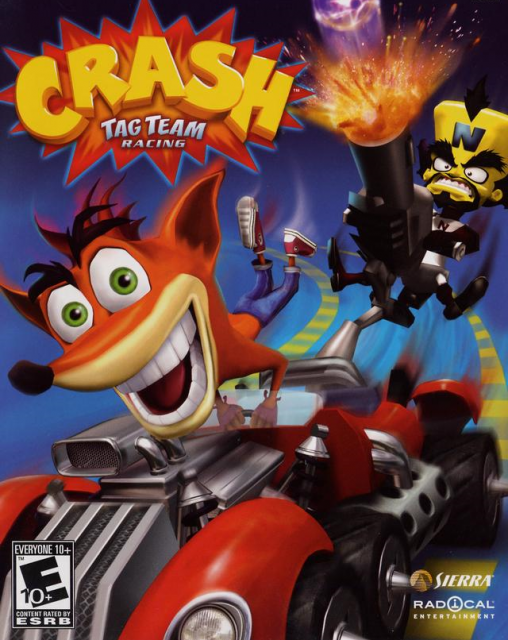