Aksys Games brings an updated adaptation to the Nintendo DS, with 8 player Download Play support, custom team creation, and Touch Screen activated powers.   Aksys acquired the Kunio-Kun license for use in game and promotional materials whereas the previous entry in the series on GBA lacked the Kunio-Kun likeness.  Continuing in the style of the NES Super Dodge Ball series, Brawlers offers three modes: Tournament, Vs Match, and Brawl mode.  The game features over 20 different teams (21 via a custom created team), several match options and 3 difficultly levels.

In Tournament Mode the player takes a selects a team and difficulty (easy, normal, hard) and competes in a 9 round elimination tournament to become the champion.  Players receive experience points and money after every match which can be used to purchase equipment.  The team's level determines what rarity of items are available at the shop and cash is used to acquire the items.  The levels and items earned in Tournament Mode is persistent and carries over other modes as well as new Tournament games.

VS Match is a single match in which 2 teams compete for victory.  VS mode supports multiplayer action via the Download Play option.  Matches can be specified through custom options such as Objects in the field, melee attacks, and even a selectable special power to be used.

The Brawl Mode abandons the team based gameplay and pits players in an 8 man free-for-all reminiscent of the original NES Super Dodge Ball mode Bean Ball.  Brawl can support up to 8  person multiplayer, one person per slot.


Brawlers comes with a create-a-team option with several levels of customization.  Players select the Team name and colors, going on to create up to 7 individual team members.  Players enter custom names with a maximum of 8 characters; a birthdate is required to determine the special throws the character receives.   The character is further customized down to Face, Hair, and Skin.  This process may be repeated for up to all seven slots.  Players may also choose to copy their favorite players from the 20 existing teams to fill the roster.  After creation, the custom team may be used in any other modes.
River City Ransom Super Dodge Ball Advance Super Dodge Ball Battle Dodge Ball Battle Dodge Ball II 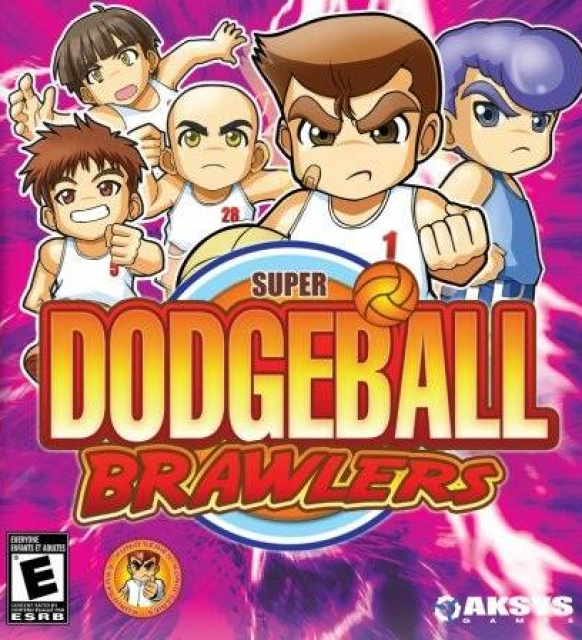