A handheld entry in the Shanghai series of mahjong solitaire games, released for the Game Boy and WonderSwan.

Shanghai Pocket is a mahjong solitaire game developed and published by SUNSOFT (under license from Activision) for the Game Boy in Japan on August 6, 1998, followed by an overseas Game Boy Color release later that year and a Japanese WonderSwan release on April 1, 1999.

Each of the three game modes utilize a countdown timer (which is player-based for Kong Kong and Gold Rush), which ends the game as a loss once its depleted. Shanghai mode can disable this timer in the easiest difficulty setting. The WonderSwan version adds a fourth game mode: Challenge, which times players on completing a series of stages (replacing the countdown timer with a standard count-up timer). 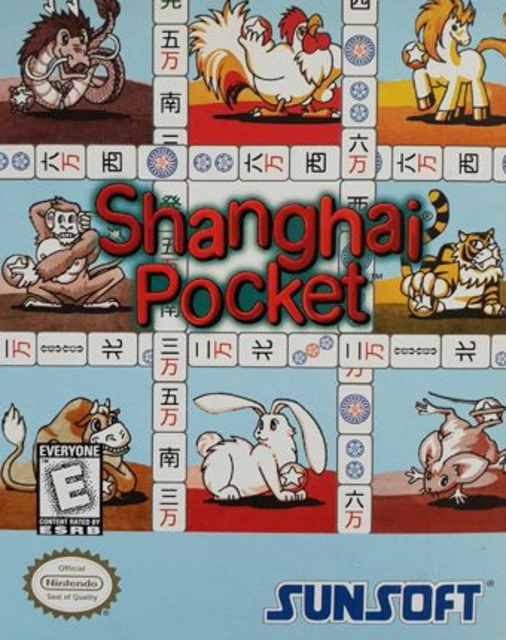