Abandoning the multiplayer co-op gameplay of previous games, The Crystal Bearers is a single-player action-adventure game telling the story of a persecuted race of "Crystal Bearers", capable of magic-like super-powers, trying to survive in a very conservative world.

The original Crystal Chronicles, released on the GameCube, was a multiplayer game using the linking ability of the Game Boy Advance to the GameCube for co-op play. It was a great success, creating a brand new sub-franchise for the Final Fantasy series. However, many fans were expecting an epic single-player story-based adventure for the return of Final Fantasy to Nintendo systems, and the original Crystal Chronicles was strictly focused on multiplayer and co-op, with it's single-player experience added in only for necessity.

Toshiyuki Itahana, the director, wanting to do what the fans originally expected, formed an idea for "an exhilarating tale of this great hero set against sweeping blue skies", and started production on a new Crystal Chronicles sequel for the Gamecube's successor, the Wii. He started by re-designing the characters from the series from short-chibi style to more "mature" anime style, starting with a more "world weary" hero that already had a backstory instead of having the player guide him to greatness.

The game started development around 2005, and had a very confusing and mysterious development history behind it. After an announcement and CGI trailer showing the design style of the original games at E3 2006, Square Enix fell silent regarding the game's development progress and status. By 2008, EGM had declared the game as "cancelled".

It wasn't until December of 2008 that a trailer was released, showing the new design style as well as first details on gameplay, story, and graphics. According to producer Akitoshi Kawazu, the long development time was the result of not having a full team in place when work on the game began.

Taking place a millennium after the original game, The Crystal Bearers takes place on a future of the universe in which technology has abandoned magic, one of the four races has overtaken the rest and become the dominant race in the world, and the holders of the crystals that enable magic powers, dubbed "Crystal Bearers" by the population, are scorned and persecuted.

Layle, a Crystal Bearer capable of manipulating gravity, was hired to escort the maiden voyage of a flying cruise ship called Alexis when it was attacked by a band of dragons led by another Crystal Bearer, this one capable of warping space, named Amidatelion, the last of her race. Layle proceeds to fight back, but before the battle was over, Amidatelion stopped the engines of the cruise ship, causing the ship to fall to the ground. She escapes, leaving Layle to manuever the ship from crashing, ending up crash-landing on a city.

This series of events revealed Layle to be a Crystal Bearer, forcing him to escape along with a love interest named Belle to the country, while being persecuted by the city officials, and tracking down where Amidatelion escaped to....

The gamplay in The Crystal Bearers is a mix of open-world adventure and exploration mixed with action based mini-games and battles. The game mostly takes an emphasis on the story, using a lot of cinematics to keep the player moving from action piece after action piece. The player controls Layle using the Wii Remote with Nunchuck to explore the game world and interact with NPCs and objects using the game's physics engine.

Combat takes place in real-time. The primary method of defeating enemies is through using Layle's gravity powers to either pick up enemies, throw objects at enemies, or throw enemies at enemies.

In towns and cities, the player can visit shops to buy new items and abilities for Layle to use. The game also has an award system that acknowledges when the player has completed various tasks such as finding a hidden object or completing a certain objective.

Over all, the game takes about fifteen hours to complete.

The game received mixed reviews upon its release. Its cinematic, story, and musical aspects were generally praised, but the simplified and unpolished battle system was criticized as being tedious and hard to understand. Criticism was also directed at the lack of RPG elements on the game and its more limited scope as an action-adventure title. In particular, a number of Layle's customizations are just for visual purposes, and do not change the way he plays.

However, many praised it's non-linearity and very great amount of sidequests. The cutscenes were expertly directed and produced, all in real-time. The story was cited as being exciting and "brilliant", although it's large amount of cutscenes interrupting the game caused frustration with many players. The music, composed by Hidenori Iwasaki, was also praised for being original and enjoyable. However, the English localization's script was criticized for being "dumbed-down" with simple and immature writing.

A lot of confusion was created when the US release date for the game was set for December 26th, a day after the very busy shopping season in the country, seen by most people in the industry as a death sentence for the game, sales-wise. Even it's creator did not expect the game to sell well after this, saying it will be "no easy feat". The release in Japan was very lukewarm, only being given a very small market presence, with a only a few posters and a Bon Jovi licensed TV ad. Not caring much for its official release date, many stores broke the street date and started selling the game on store shelves almost a week before it was meant to be released. 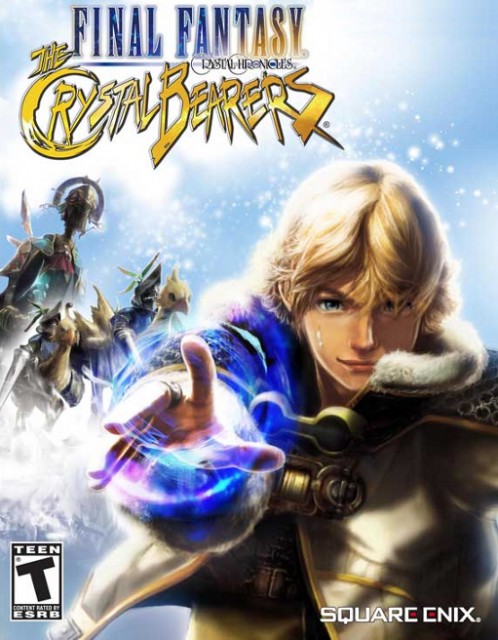