The second installment of the Super Butoden series improves the graphical and gameplay style of its predecessor and is one of the earliest games in the series to focus on storylines from the Dragon Ball animated films.

Based on the Dragon Ball manga and anime series (and the sequel to Dragon Ball Z: Super Butoden), Super Butoden 2 improves the graphical and gameplay style of its predecessor while adding a more in-depth story mode (where the each character has their own unique story changes). Along with the final battles of the Android Saga arc of the Dragon Ball Z storyline (where the Z Warriors must face-off against a transformed android known as Cell), the game also features the story from the series's ninth animated film (where the villain is the alien Bojack and henchwoman Zangya) and a difficulty-locked bonus story from the series's eight animated film (where the villain is the saiyan Broly).

As a pre-order bonus for the North American and European versions of the 2015 Nintendo 3DS game Dragon Ball Z: Extreme Butoden, those who pre-ordered that game received a download code for a digital re-release of the Japanese version of Super Butoden 2 for the Nintendo 3DS Virtual Console. Although not widely available, this release marks the only time a Dragon Ball game received a Virtual Console release.

The game includes 10 playable characters, two of whom must be unlocked for play with a cheat code.

Similar to the previous game, Super Butoden 2 includes a bonus "match" between Hercule and Cell (only for the former to get immediately defeated). 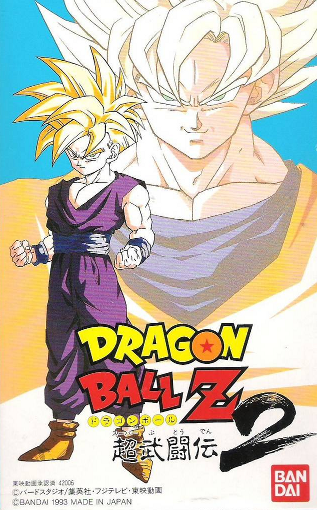