The first-game in Sandlot's Earth Defence Force series, sees the player adorn the-role of a Storm-1 unit deployed with the sole-purpose of stopping the menacing 'ravengers', who have launched a full-scale invasion of Earth with the-intent of annihilating-it, utterly.
PlayStation 2

Monster attack is a third-person action arcade title were the player is dropped into a large playing area and must wipe out all the enemies in the playing area in order to progress to further missions. Players control a foot-soldier called storm-1 using weapons in order to eliminate the ravagers such as machine -guns, shotguns and rocket launchers, players are limited to 2 weapons at once in the game, early missions will involve you to kill the most common and weakest enemy in the game the terror ant as you progress through the missions you meet much harder enemies most notably a 'Godzilla' type enemy, as-well as being on foot through all of the missions you will also have access to such vehicles as a tank, speed-bike and a helicopter through a majority of the games missions.

More than 250+ weapons are available throughout the game. You can get access to new weapons by collecting them through fallen enemies once they have been killed; armor chips and medical kits can also be found by fallen enemies. There are a total of 25 missions throughout the game spread across 5 environments including a city and underground nests. 5 difficulty levels are available for any of the games 25 missions.

There are a total of 7 enemies in the game some having different variations.

Terror ants - The weakest enemies in the game; these annoying bugs are weak alone but are dangerous in numbers.

UFO - These flying purple disks will attack you from the sky. The damage they cause is nominal if you roll away while shooting them down.

Elite UFO - Considerably more powerful than the standard UFO, but is still not too much of a nuisance.

Walking-Tripod - Standing at well over eight stories tall, these four-legged fiends can do a lot of damage if you are surrounded. However, much like their insectoid brethren, they are easily dealt with - using even the most basic weapons - if they're on their own.

Drop-ships - Can only be destroyed from underneath, from where they drop the Ravagers, anywhere else is ineffective.

Saurous - These green Godzilla look-a-likes can be easily defeated with the pale-wing by going around the back of them and pelting them with all the ammunition you've got - as they say "the bigger they are the harder they fall."

Mother-ship - The hardest and largest of the lot; this floating giant, and boss of the game, will surely test your mettle. Defeat her and you've beaten the game "CONGRATULATIONS". 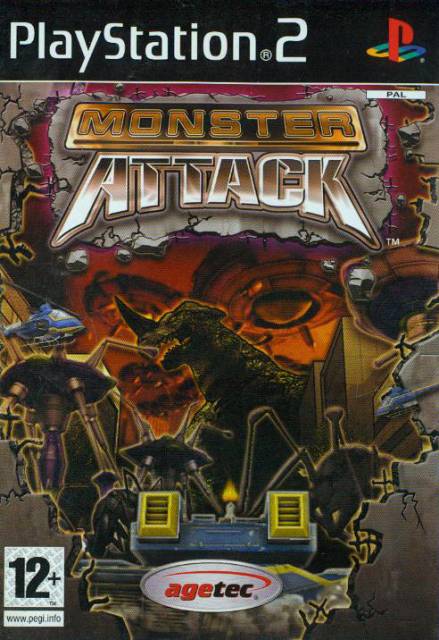