An Olympics-style game set in prehistoric times. Events range from throwing a partner as far as possible by their hair and pole-vaulting over a T-rex.

Caveman Ugh-Lympics is a compilation of six Olympics-style mini games based around cavemen. It was originally released for the Commodore 64 in 1988, and was ported to the PC in 1989 and the NES in 1990. The NES version was developed and published by Data East and was renamed Caveman Games.

All of the events are played one vs. one, and are played primarily by rapidly tapping one button. The events that are included in the game are: 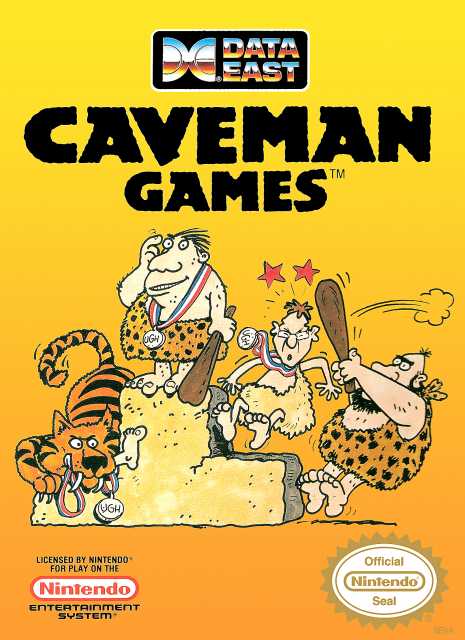