The game offers the basic baseball exhibition games with all thirty original stadiums available for play, along with this mode there is a season mode that allows the player to take control of a team for an entire major league season. there are also modes such as World Series games, All-Star games, and the Home Run Derby.

When the player chooses to play a season they have a choice of how many games they would like to play in the full season as well as having the ability to design everything about the team as they choose to do so (ex. logo, uniforms, player appearances, and physical attributes).

This game also has a stamina meter that effects the players attributes and batting and pitching styles if a player is over used. it also has a strike zone indicator to show where the pitches land in the strike zone after they are thrown.

The game while thought to be originally a possible hit based on demos and previews, ended up taking a back seat to games like Ken Griffy's Major league Baseball and All-Star Baseball '99, both came out the same year. It was highly criticized for its bad visual graphics and its poor voice acting. 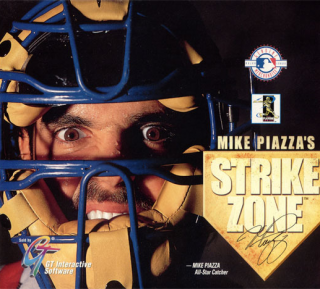