Stronghold Crusader Extreme contains the original Stronghold Crusader and a added "Extreme" component which contains 20 new skirmish missions and multiplayer via Gamespy. The basic gameplay is the same, but the engine has been enhanced to make greater use of modern CPU's, which makes it possible to show up to 10.000 enemies on the screen at once.
To make the game take use of this feature, players start with special barracks that automatically spawn units constantly, which quite fast can enable the players to engage in massive battles.

There is also "Tactical Powers" feature added to the game. The tactical powers consist in spawning troops, acquiring goods or casting field "spells" such as dropping rocks or arrows onto your enemies. After being used you have to wait for them to recharge in order to use them again. The outposts (who constantly spawn units on the field) and the tactical powers are also available in multiplayer. New maps have been added to the skirmish section of the game. A new, extreme crusader trail is available to play. 20 hardcore missions to play against AIs just like in the original Stronghold Crusader. 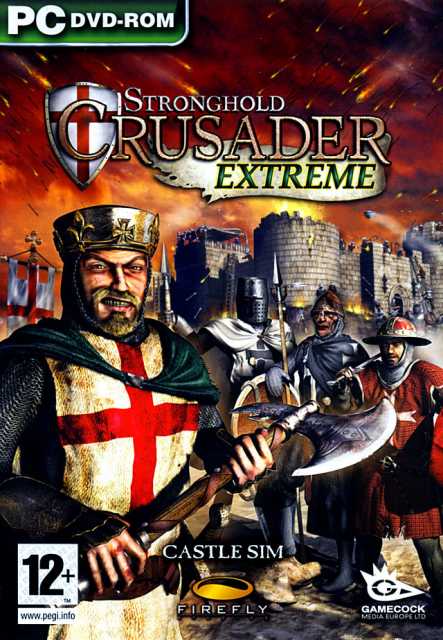