One Piece Unlimited Cruise 1, for Nintendo Wii was delayed in the west a long time due to legal issues at the intended time of release with 4Kids Entertainment. Once they were no longer in control of the rights the game was set for release in the west late June 2009.

The game features the One Piece crew, fully up to date with the manga as of just after the Thriller Bark story ark ( Brook is on the crew from the beginning of the game) and features a new story written specifically for the game by Eichiro Oda the series creator. The game is a third person action/adventure and features a variety of characters, nine playable in total, Luffy, Zoro, Chopper, Sanji, Nami, Nico Robin, Brook, Franky and Usopp, as well as a character specific to the game (who is not playable) Gaabri.

The game sees the player controlling the crew of the Sunny Go pirate ship adventuring on four mystery islands, all of which contain plants that must be sought out and provide treasures when beaten, each plant spawns a copy of one of the crews previous enemies, from Bartholemew Kuma to Captain Kuro they are all present and accounted for, although some of them are secret.

During gameplay, players can collect a significant amount of items, from mineral ore, to bugs, fruit, sticks and blocks of stone, with which the players can create items for their own use, or repair existing items. The main creations include cooking food items, making weapons or repairing storyline specific items, and making medical equipment. In addition to this, Franky can build bridges, or remove other obstacles if you give him enough materials, and some materials/items must be sacrificed in order to unlock new areas through the storyline.

The game features 4 islands, all of which contain many hidden areas as well as a main storyline path, most islands contain a sub-boss and a boss, as well as at least 2 areas in which the player is trapped until he defeats a large number of foes.

Island one is a golden beach paradise, filled with palm trees, fishing spots, white rocks and other delights. While the in-land sections feature forests, glades and other areas high in vegetation. This island has Bartholemew Kuma as its sub-boss, and God Eneru as its main boss. Items found on the island include bamboo, various herbs and leaves, several types of fish and some animals. Weaker enemies populate this island as it is the first island, it is also the shortest. It also holds several hidden areas only accessible once players obtain other items along the storyline (such as the vacuum cleaner, pickaxe and others) there is at least one hidden boss on this island.

The game also features a Survival Mode (unlockable) that pits the player against hordes of enemies, survival mode contains 50 rounds against increasingly powerful enemies and features a reward upon completion (A new special attack for Nami, Usopp, Robin and Brook)

In addition to single player, the game also features a Versus mode, the plays like a fighting game. Players pick characters and fight against each other, it supports up to 2 players.

All of the main playable characters are available to play as, in addition to several of the boss characters from the main game being unlockable extras, playable only in versus mode. 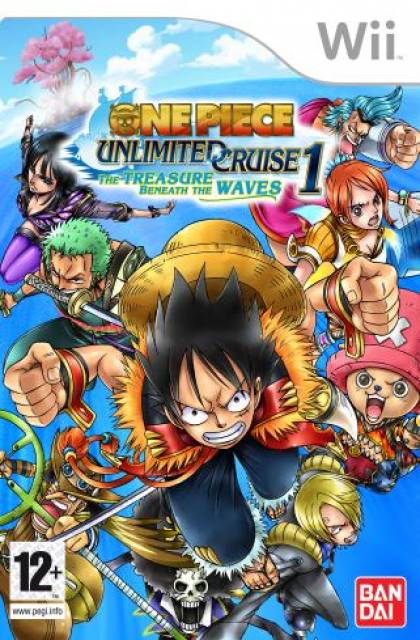