A Japanese fighting game for DS based around the anime One-Piece. It is very similar to Super Smash Bros.
Nintendo DS

There is no story within Gear Spirit, instead the story mode features players being sent to random locations to fight battles against three random enemy characters. However, there will occasionally be battles which correspond to fights in the anime, with some random characters thrown in e.g. Luffy will have to fight Smoker and then fight Rob Lucci.

Gear Spirit is a 2D fighter, much like Super Smash Bros. or Jump Super Stars. Characters are controlled using the d-pad to move, the face buttons are used to attack and jump, and special attacks are performed by using cards on the touch screen. Fights consist of four player characters each gaining points from killing another characters via depleting their health or pushing them out of the ring, however, each player loses points for dying. The winner from each round is the player with the most points at the end of the time.

Eight characters are available from the start, while there are twelve further unlockable characters.

Four different costumes are available for each character. Three of these re-colour of the original costume and one slightly alters the costume.

Most stages (except Rocketman Train) are multi-platform 2D stages and some stages have specific items that can be used to the player's advantage e.g. Skypiea has a bell that can be knocked to send a shockwave towards enemies and other stages can have special events which endanger the characters e.g. On Rocketman Train a giant wave will occasionally appear which can kill characters caught in it.

Cards are how the player uses special attacks and status effects. Each player character has 3 levels of special attacks, each one causing a cut-scene to take place in which damage from the attack is dealt. The other cards are used to heal characters, boost their strength or defence, or lower enemies stats. All cards cost between 1–3 points of which the player being able to accumulate a total of 15 points.

Apart from the standard three cards the player can collect assist cards which call in other characters to convey some kind of specific effect. These are not unlike the assist trophies from Super Smash Bros. Brawl. 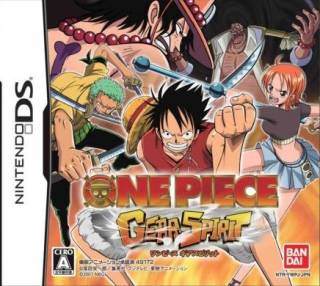