Released in 1984, Hydlide was the first open-world action RPG. It was the first on-foot, fully-scaled, open-world game, and introduced innovations such as a health-regeneration mechanic. It influenced the action RPG genre as well as The Legend of Zelda franchise.

As the first open-world action RPG, the game is regarded as a classic in Japan, where it was well-received and considered an innovator when it first released in 1984. It was inspired by an arcade game released earlier that year, The Tower of Druaga.

While The Tower of Druaga and Dragon Slayer were mostly dungeon crawlers, Hydlide was an open-world game, with outdoor fields to explore. And unlike earlier RPGs, rather than using an overworld or hub world to connect areas, Hydlide introduced a fully interconnected open world that can be entirely traversed by foot, making it the first true, on-foot, open-world game.

Other innovations include being able to switch between attack mode and defense mode, quick save and load options which can be done at any moment of the game through the use of passwords as the primary back-up, and the introduction of a health regeneration mechanic where health and magic slowly regenerate when standing still.

Hydlide influenced the hugely successful Legend of Zelda franchise, and in turn many of its clones. Hydlide also had an influence on on the acclaimed action RPG series, Ys, which, for example, uses a similar health-regeneration mechanic. This recharging health mechanic first introduced by Hydlide in 1984 would, decades later, become a common mechanic widely used in many video games, including most modern first-person and third-person shooters.

Despite the game's legacy in Japan, and its importance in gaming history, it has unfortunately acquired a mostly negative reputation in North America. The game took several years to release in North America, by which time The Legend of Zelda had a more refined, advanced take on the action-RPG formula. Hydlide was thus criticized by American audiences as being primitive in comparison, and some even accused it of being a Zelda clone, unaware of Hydlide's original 1984 release and its influence on Zelda. 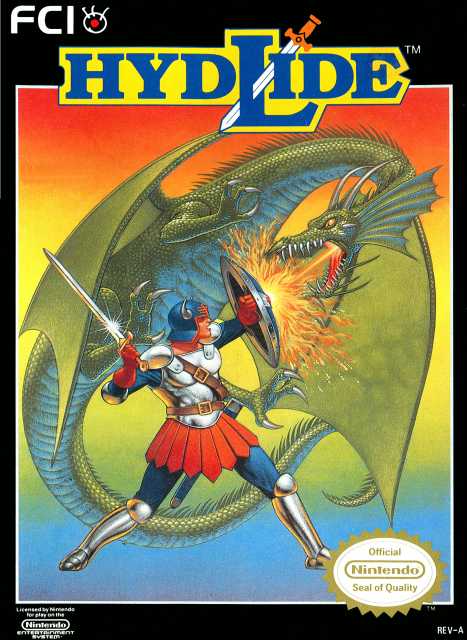