A mech strategy game with a hexagonal grid similar to Military Madness. It was brought over to the US by Working Designs; one of their handful of TurboGrafx-CD localizations.

Vasteel is a tactical strategy game that switches to real-time action whenever two opposing units meet. The game has a range of mechanical units to choose from, from bipedal mechs to larger tanks. There's a loose rock-scissors-paper to the units (fast bipedal robots will be able to out-maneuver larger slow moving tanks, for instance) but it's often down to the skill of the individual player.

The game has multiple scenarios to choose from and allows for one, two or zero human players. In the latter case, the player can simply watch two computer opponents fight each other.

Vasteel was a Japan exclusive for many years, having been published in 1990 by its developer Human Entertainment. Working Designs eventually picked it up and released it relatively late into the TurboGrafx-CD's lifespan in 1993 for the US. 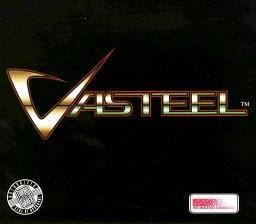