Sequel to Strider made by British developer U.S. Gold in 1990 under license from Capcom USA. Platforms include Sega Genesis, Game Gear and Master System.

When the Genesis version was released in 1993 Electronic Gaming Monthly issued the following review scores, 8,6,6 and 7. Ed Semrad, who issued the highest score wrote, "...seems to be a longer game [than the first], and the music is above average. A lot of voice is also used. The main problem facing this cart is the fact that the animation is choppy. It seems a lot of the frames are just ported over from the original, and pieced together sloppily".

The review of the Game Gear version from Electronic Gaming Monthly compared the game mostly to the Genesis version and was given scores of 7,7,7 and 7. Donyon Carpenter's comments typify the general mood of the reviewers, "...very playable and offers some great looking and very involving levels... The screen is very blurry at times because the game moves so fast, but I've seen worse". 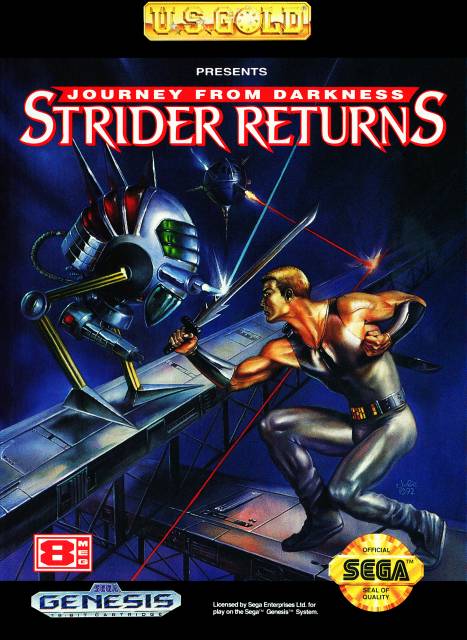