Sins of a Solar Empire: Entrenchment

Sins of a Solar Empire: Entrenchment has a number of new features.

The most prominent new feature in this expansion pack is the star base, a large orbital structure confined to a single gravity well and capable of holding that well against all but the most determined assault. These new structures are faction specific and each one has not only differing inherent qualities but also faction specific upgrades available with proper research in the new defense tech tree, a separate tech tree which contains some relocated research from the standard military tree but primarily new technologies centered around star bases and other orbital structures. Star Bases can be built in any gravity well, even those lacking the ability to support a colony. They are constructed either by heavy constructor units or, in the case of the Vasari, by colony ships. Each star base has eight total upgrade slots, although far more than eight upgrades are available and the upgrades cannot be sold back once installed, so star base builds involve not only investment of resources but also a tactical vision for the purpose of the star base in your empire. Star bases do not use up regular logistic slots or capital ship command crews, but the number buildable at once in a single gravity well is limited based on the type of gravity well, with most wells supporting only one base per player. While a few (stars, for example) support multiple bases per player.

All factions now have upgrades available for many of their tactical structures, and these upgrades are specific to the factions' flavors and strengths. For example, Advent orbital turrets can now boost nearby turrets' damage outputs with Synergy, TEC hangars can now acquire mounted flak cannons to target enemy strike craft, and Vasari missile platforms can now be augmented with energy draining nanites which disable regeneration of the ships they hit. In addition, all factions now have the ability to deploy space mines in a gravity well, and mine fields do very extensive damage to unprepared fleets. Clearing out these minefields requires the use of scout ships, thus ensuring their usefulness through the endgame unlike vanilla Sins.

Besides the constructors required to build starbases, each faction was also granted another unique ship type. The Advent acquired the Adjudicator, which is capable of attacking many structures at once from extreme range and deals extra damage to structures, the TEC were given the Ogrov Torpedo Cruiser which also attacks structures at range but opts for extreme damage to a single structure at a time, and the Vasari now have the Ruiner for laying space mines.

The gameplay of Entrenchment is much improved over the original Sins, allowing for much larger maps to become feasible for play now that a planet with no fleet can put up a reasonably hard fight if fortified. In other respects, the gameplay is exactly the same as for the original Sins; an expansion in the truest sense of the word. 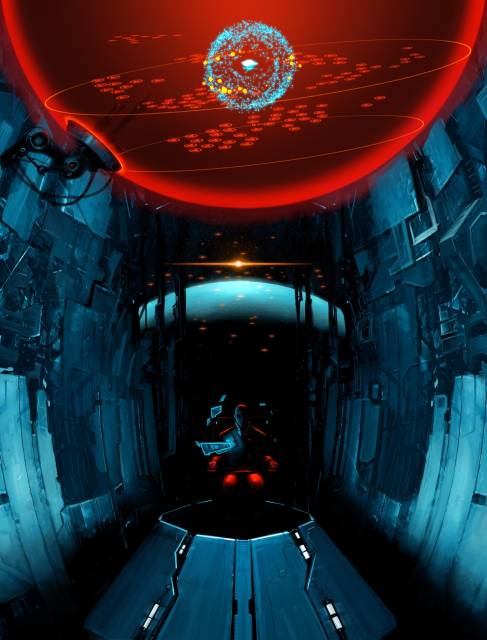