The gameplay of Virtual Boy Wario Land borrows heavily from Wario Land: Super Mario Land 3. It is a traditional platformer not too dissimilar to the Super Mario Bros. games, with coins, breakable bricks, question blocks, and power-ups. The major element that differentiates it from a typical Mario is the game's greater focus on puzzle solving; Wario does not immediately defeat enemies he attacks, but instead stuns them. Stunned enemies and other objects can be picked up and thrown, and other moves in Wario's repertoire are similarly puzzle-focused, with a butt-stomp for destroying bricks below Wario, and a shoulder charge for breaking through walls. Much like Mario, if Wario takes damage, he will revert to a vulnerable "Small Wario" form. Collecting Garlic will bring Small Wario back to normal, and collecting Garlic while normal Wario will upgrade Wario's hat from a traditional pith helmet to a viking helmet, making his shoulder charge considerably more powerful. Other hats for Wario to wear include an Eagle Helmet that allows Wario to fly, and a Dragon Helmet that breathes fire (within a limited range). In addition, the Eagle and Dragon Helmets can be combined to form a Super Dragon Helmet, which allows Wario to both fly and shoot powerful fireball projectiles simultaneously.

Virtual Boy Wario Land uses the unique capabilities of the Virtual Boy to allow Wario to leap back and forth between background layers in the environment using special jump pads. Many levels require Wario to jump back and forth between foreground and background in order to progress or access secret areas. In addition, many of the game's boss encounters utilize foreground and background layers to attack the player. Virtual Boy Wario Land is notoriously short, containing only 10 levels and 4 boss encounters. However, each stage in the game contains at least one hidden treasure.

In addition, Kazumi Totaka's famous song appears in the game. If the player waits on the word "End" at the end of the game for one minute and fifteen seconds, then the song will play. 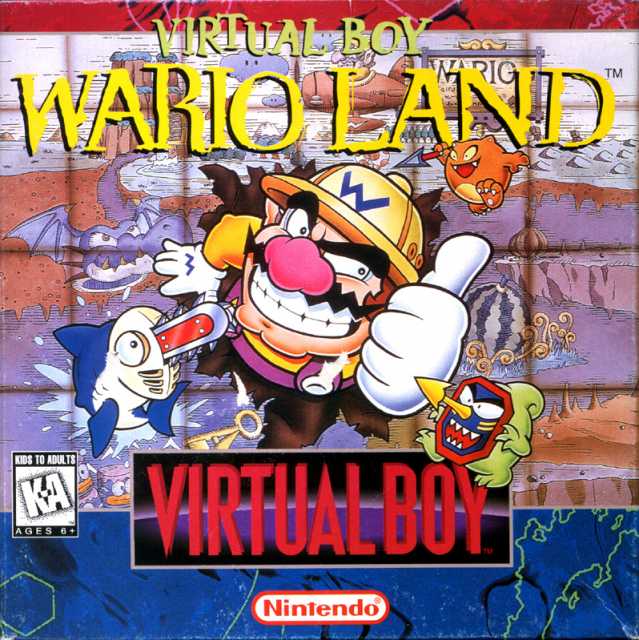