A Cutie Honey digital point-and-click comic adventure game for the PC-FX developed by DataWest and published in Japan by NEC in 1995.

There have been strange disappearances at the resort called Austral Island... at this point, five of them. You play as an unnamed private detective who has been hired to locate a missing girl named Mizue... upon arrival you also befriend a girl named Miku. But what's this? Somebody else is already investigating, and she has much more at her disposal than you... it's Cutey (sic) Honey! Team with Cutey Honey and Danbei (Or Miku with irritating frequency) to solve the mystery of Austral Island, find the missing girl, expose Panther Claw, and defeat them!

The gameplay is quite simple; you point and things and click on them; clicking on a person makes you speak to them, for example. Try to find clues as to what to do next and items as you travel about Austral Island. Sometimes Honey gets in animated combat situations and you get to control her. Firstly, you mash the I and III buttons to build up Honey's heart gauge; this influences the damage dealt when you strike the opponent. Several points will appear on the opponent's body; Reddish is normal damage, purple is special damage, and blue is a miss. Where Honey will strike rapidly changes ala a roulette; try to land on damage or preferably special damage. Don't miss, or Honey will take damage instead! 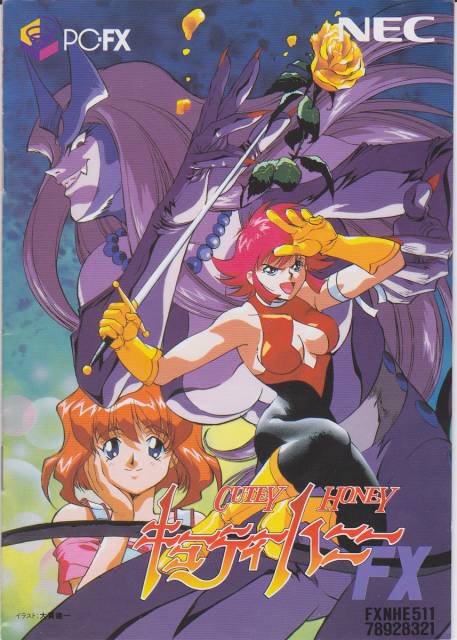