NCAA Football 10 is the 13th game in the EA's NCAA Football series. This edition of the heralded college football simulator has added a few new features to the series, such as player lock on offense and defense, higher camera angles, and a create-a-school feature.
PlayStation Portable PlayStation 2 Xbox 360 PlayStation 3

On April 20, 2009, EA announced the names of the graduating college football players who would grace the NCAA Football 10 cover. Each console received a different star on its cover:

NCAA 10 allows you to go online and create a school to use in the game. You can customize the logo, uniforms, fields, mascots, programs, and rosters of the team and when the game is released you can download the team to the hard drive and play.

West Virginia B B+ B-

Wisconsin B+ B B+ 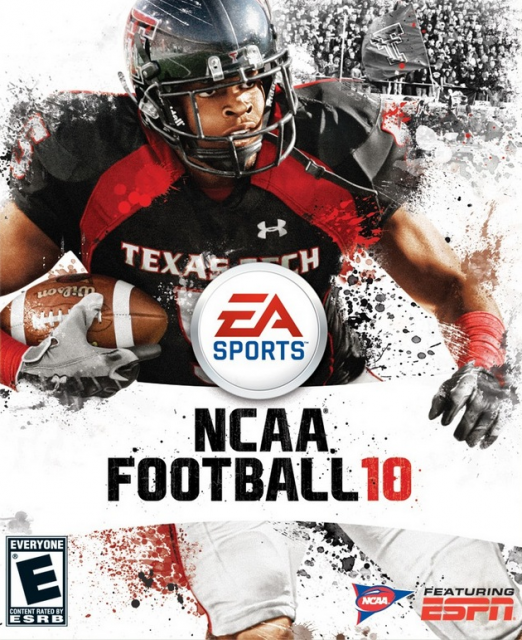