Transworld Surf: Next Wave transports you into the world of surfing. The game features real-world professional surfers and world-renowned surf spots.

Transworld Surf: Next Wave is a surfing game set at over 20 different international surf spots. The game has a serious side, but also a humorous side in that there are unlockable characters like King Neptune, and a Tiki Man. The game features single and multi-player gameplay. Single player consists of a career mode (Pro Tour), Single Session, and Free Surf. Multi-player is composed of King of the Wave, Free Surf, Competition, and Shark Tag.

There are basic and advanced maneuvers in the game. Basic moves include pumping, getting barreled, and snaps. Advanced moves break down into airs, floaters, special tricks, and flip tricks (not completely realistic to real life, although some surfers are currently getting closer to landing flip tricks). As in many extreme sports games there is a combo meter. The combo meter can be used to increase a score multiplier to increase the player's score. 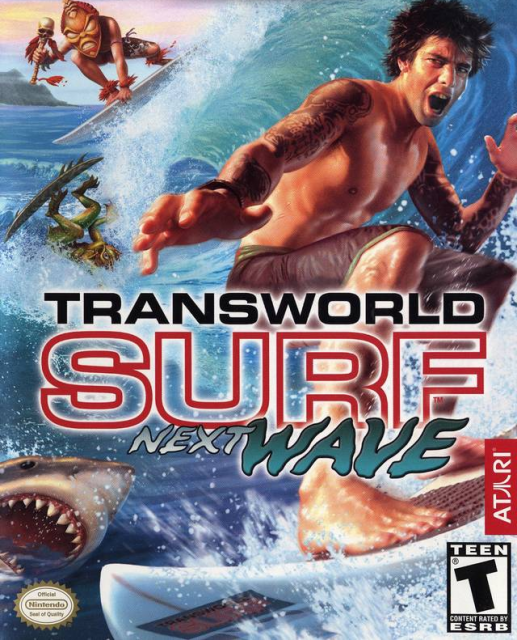