Also known as Kaiser Knuckle, Global Champion is Taito's answer to the fighting game craze of the early '90s.

Global Champion (known outside of North America as Kaiser Knuckle) is a 2D fighting game developed and released by Taito for arcades (using Taito F3 Package System hardware) in July 1994.

It is known for its use of destructible environments (including battle-damaged floors and breakable walls), five total strength levels for attacks (making use of combinations of multiple Punch or multiple Kick buttons), and the Power Gauge (which amplifies the next special attack and wrecks havoc on the arena, sometimes creating fire or electrical areas that can modify certain special moves). It also makes use of desperation attacks similar to the Fatal Fury series.

A prototype version of an unreleased update to the game, titled Dan-Ku-Ga, was found and dumped to the internet. This version changes some graphics and movesets while adding selectable difficulty levels for one-player mode and making the two sub-bosses playable. Both the original and Dan-Ku-Ga versions were later included in Taito's Egret II mini-console in March 2022. 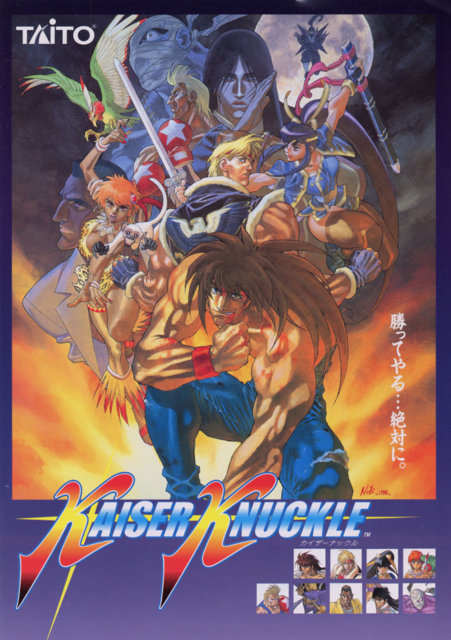