The game's plot follows Toad, who is walking through what he assumes to be Toadstool's Garden. It is revealed, however that he has wandered into Wario's Woods and become lost, whilst Wario's monsters invade the Mushroom Kingdom. Wanda, Birdo and Toad all fight the monsters.

The game plays similarly to Puyo Puyo. Toad is the main hero, with Birdo providing encouragement and Wanda helping Toad by giving him bombs to destroy the monsters. Monsters must be lined up with at least three in a row of a color with at least one bomb to be removed. Toad can pick up and drop monsters and bombs one at a time, and he can also run up the walls of the tree.

If Toad takes too long to complete a level, Wario grabs Birdo and replaces Wanda with a Pidgit, both of whom throw more monsters at Toad.

The game includes a two-player versus mode. Monster types, initial height, and drop speed can be adjusted before the match. The first player to clear the playing field of monsters or crush the opponent wins the round. A best-of-five system decides the overall winner. Wins and losses of the two players are tracked persistently with four save files available. 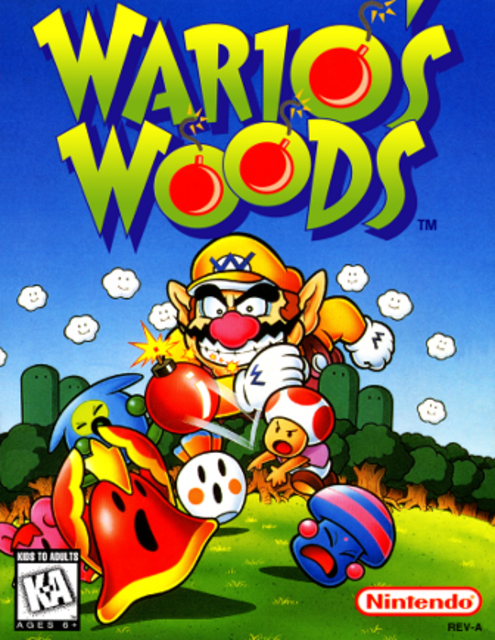