A wrestling game developed by SNK for the Neo Geo Pocket Color.

Big Bang Pro Wrestling is a wrestling game developed by S-Neo and published by SNK Playmore for the Neo Geo Pocket Color platform. Big Bang Pro Wrestling was only released in Japan, though a demo version of the game under the name "Wrestling Madness," seems to indicate that the game was, at one point, planned for release in North America.

Unlike many other wrestling games, Big Bang puts a physical referee in the ring to call the match, and some moves can hit and take out the ref for a brief period of time. 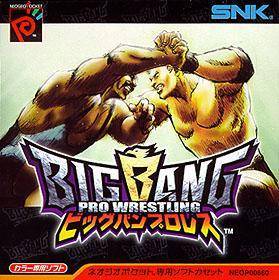