Eat critters and vomit rainbows in this puzzle game from Capybara Games.

Critter Crunch is a puzzle game in which players take control of Biggs. A hungry little creature that resides on the island of Krunchatoa. His goal in life is simple. Survive, and provide food for his young. The much smaller, and appropriately named furball "Smalls." Biggs takes advantage of Krunchatoa's thriving ecosystem using his incredibly long tongue. He snatches up smaller bugs, to feed to slightly bigger critters, that he then feeds to even bigger critters. Which promptly causes them to swell up and explode, revealing that instead of organs for innards, they instead have a jewel. Biggs feeds off of these jewels, and then digests them. Allowing him to vomit rainbow nutrients into the mouths of his young.

"Adventure" mode follows the explorer Hank Hudson as he studies Biggs, and the other inhabitants of Krunchatoa. This mode features different areas, each with their own set of goals. Some require you to simply fill your hunger bar, while the other "Challenge" and "Puzzle" modes require a bit more thinking. These other modes are integrated into the "Adventure." However, they can also be accessed separately on the main menu.

The game features online and offline multiplayer. Competitive, and cooperative. 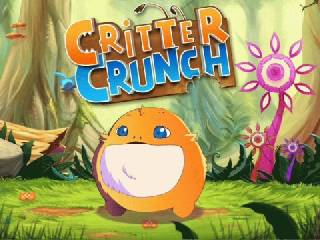