A futuristic, military action game for the Jaguar platform. Pilot a Hover Strike Tank and free a world from enslavement!

Hover Strike was released onto the Atari Jaguar platform in early 1995. It is similar in build and game play action to Cybermorph, which was released as a free game bundled with the Jaguar console.

The game is set in dystopian future where the federation (the good guys) are at war throughout galaxy against Terrakian pirates (the bad guys), who have taken over control of a distant colonial planet. They have slaughtered many and have enslaved the whole populace, and they must be stopped. A Federation rescue armada has been assembled, but are kept at arm's length by a Terrakian atmospheric cannon and a highly sophisticated defense matrix.

A secret plan is hatched using the new highly advanced HS709 armored hover tank, which will be dropped behind enemy lines. It will be up to the player, as the pilot of the strike craft to destroy all Terrakian installations and ground vessels, as well as to disable the atmospheric cannon. Eventually allowing for the Federation armada to attack, re-take the planet and free the surviving colonists.

There are 30 levels within the game, set over various terrains and differing visual conditions. These missions are divided into sub groups of six. The player can upgrade their hover craft by finding power-ups throughout the levels. 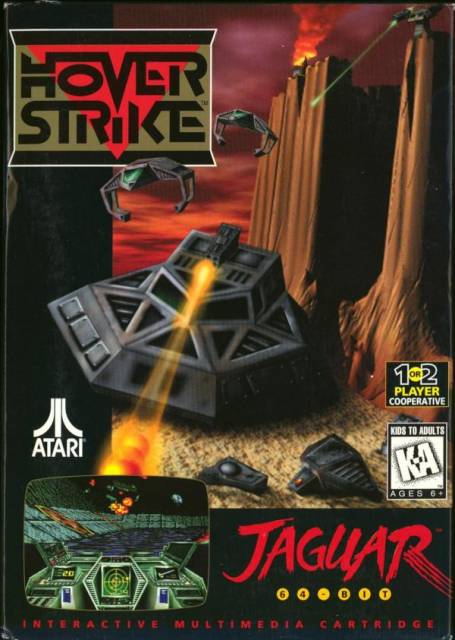