The Adventures of Tintin

The tie-in to the Steven Spielberg/Peter Jackson Tintin movie, it was developed by Ubisoft Montpellier.
Xbox 360 PlayStation 3

The team developing the game at Ubisoft Montpellier was led by Jacques Exertier, who had worked on the Rayman series and Beyond Good and Evil before this project. This game marks Ubisoft Montpellier's second collaboration with Peter Jackson, after King Kong: The Official Game of the Movie.

The plot of the movie is based on three of the Tintin books, The Crab with the Golden Claws, The Secret of the Unicorn, and Red Rackham’s Treasure; barring a few differences, the story of the game closely resembles the film. The story chronicles Tintin's first adventure with Captain Haddock and also their second quest to find a hidden treasure belonging to one of Captain Haddock's ancestors. The story features appearances by the Allan, Madame Castafiore, Emir Ben Salaad, Nestor, and the Bird Brothers.

The game is mostly played as a hybrid 2D/3D side-scrolling game. The player resumes the role of Tintin in the main campaign, but there is a separate co-op campaign that lets a second player take control of Captain Haddock.

Enemies can be dispatched of using the melee combat system implemented in the game. True to the Tintin books, there are lots of puzzles to be solved throughout levels. There are also specific set-piece type moments in the game that have varying types of gameplay, such as one section during which Tintin must pilot a plane. Furthermore, there are several characters to be unlocked that you can play as in the co-op and story modes, such as the Thompson twins and Snowy. These characters have a different set of abilities compared to Tintin or Captain Haddock. 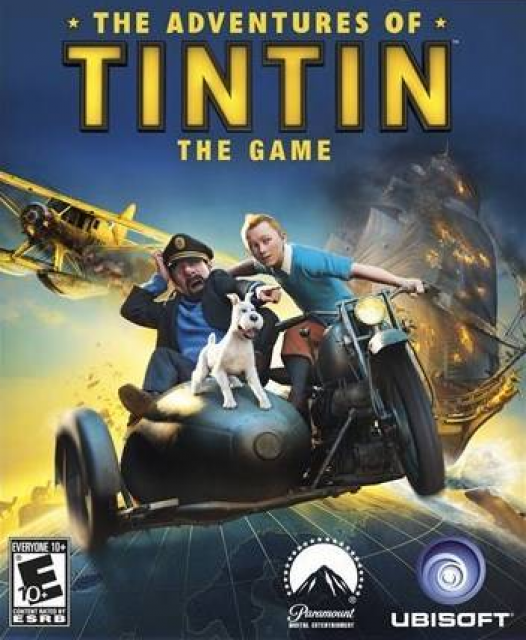