Bulls vs. Lakers and the NBA Playoffs

EA presents another season of the NBA, culminating in the '91 finals between Chicago and LA, in the second of their proto-Live NBA Playoffs series.

As indicated by the title, it follows the 1991 season of the NBA and its finals between the Chicago Bulls and the Los Angeles Lakers. In addition to the finalists, it included the fourteen other teams competing that year and two all-star teams comprised of players from the Eastern and Western Conferences respectively. It was one of the earliest basketball games to include an instant replay feature. 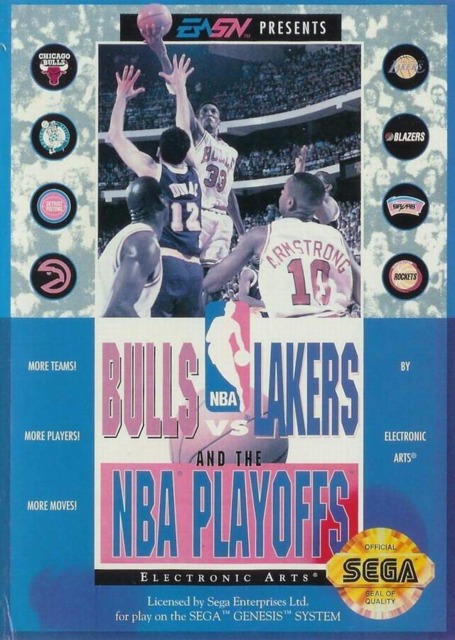