The second Super Famicom game based on the Nintama Rantarou anime. The trio of ninjas-in-training are joined by their friends/rivals from the Kunoichi class in a new adventure.

The game expands its scope a little, including more stage variation - including Mode 7 vehicle sections - and three new playable characters with the Kunoichi trio of Yuki, Tomomi and Oshige-chan. The Kunoichi are a trio of female ninjas in training that contrast with the three usual protagonists Rintarou, Kirimaru and Shinbei, occasionally tricking them. 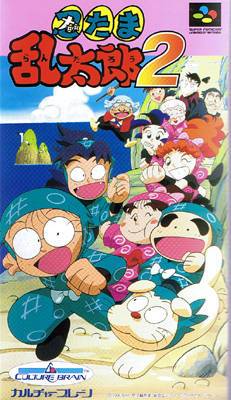