An adventure game based off the anime and manga franchise of the same name published by Enix in 1984.

Wingman (ウイングマン) was a Japanese adventure game based off the 1983 manga Wing-Man by famed artist Masakazu Katsura, which was also adapted into an anime in 1984 by Toei Animation. Originally released for the NEC PC-8801, the game was developed by TamTam and published by Enix in November 1984. Ports for several other Japanese computers were also released including an MSX version in 1985 among many others. 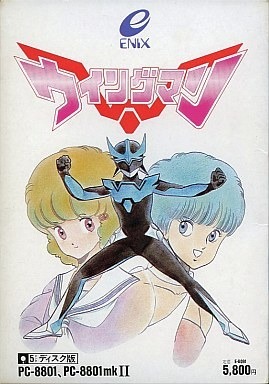