Also released as Tritorn: A Real Time Role-Playing Game, Tritorn was one of the first action RPG (aciton role-playing game) and Metroidvania titles, developed by Sein Soft (also known as Zainsoft) and released in 1985.

It was also one of the first Metroidvania-style games, combining Hydlide's open world with Dragon Buster's side-scrolling format. It was released around the same time as two other Metroidvania pioneers, Brain Breaker and Xanadu: Dragon Slayer II.

Like Xanadu, the player could throw projectile magic balls. But rather than draining MP like in Xanadu, Tritorn instead has a limited ammunition of magic balls, giving it more of an early role-playing shooter element.

S - Save data (save anywhere) 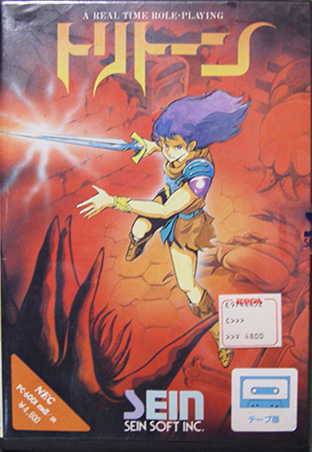