Though 177 was not the first game of this nature, the Komeito Party referred to the game on October 21, 1986. It was considered excessively explicit by the Japanese government, and was recalled and re-released with more conservative scenes and gameplay. 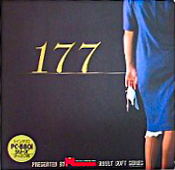