A Japanese-exclusive released for the Nintendo 64 in which the player teaches a robot named Jossette how to complete various tasks.

Neither version of Wonder Project J2 were released outside of Japan but a hacker/translator named Ryu released an English patch for the N64 version on December 15, 2007.

Wonder Project J2 takes place 15 years after the events of the first Wonder Project J game and focuses on a gijin (robot) girl named Josette. The game begins with Josette leaving her home on Corlo Island and traveling to Blueland, where she must learn to behave like a human and ultimately stop an empire from destroying the world.

The player interacts with Josette through Bird, her robotic bird companion. The player has no direct control over Josette, but her actions can be influenced through Bird. Josette will ask questions that the player must answer to influence her decisions. By controlling Bird, the player is free to tell Josette to do specific things. However, Josette ultimately has a mind of her own and will do things around the room if left alone. Josette can also refuse to do things that the player asks if she's not in a good mood or too tired.

It is ultimately the player's responsibility to use Bird to teach Josette the things she needs to know so that she'll eventually be able to live on her own among humans. The player can answer "Yes" or "No" to her questions and approve or disapprove of her actions. All these decisions shape what Josette knows and understands about herself, the world, and its people. Alternatively, the player can also choose to ignore her inquiries, but advancement is not guaranteed. There are no true right or wrong answers to most of her questions and actions, as they'll get her to experience different kinds of emotions such as happiness, anger, sadness, depression, annoyance, and embarrassment. Advancement through the game is dependent on how well the player's teachings and Josette's learning mesh with other activities on Corlo Island. Only by raising her properly will Josette be able to achieve the game's final goal. 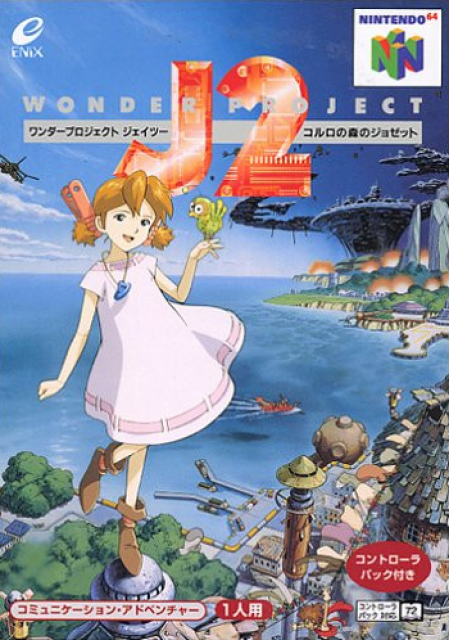