A remake/semi-sequel to Super Mario Bros. 2 (US) released on the Satellaview.

The general level and game structure of BS Super Mario USA is identical to the version of Super Mario Bros. 2 found on Super Mario All-Stars. However, the plot of the game explicitly indicates that it takes place after the events of SMB2.

Ousama, the king of Subcon, has commissioned a series of Mario Statues following his upheaval of Wart. However, a vengeful Wart has returned and not only overthrown Ousama, but also stolen all of the Mario Statues. Mario and his friends reconvene in Subcon to set things right again.

Like many Satellaview games, there are a number of features in the game that were only available during its live broadcast in 1996. The music was streamed over St. Giga's radio satellite, and featured remixes of popular Mario tunes (although oddly enough, none of them were from Super Mario Bros. 2/Doki Doki Panic). There was also live voice acting, as panels at the top of the screen would appear during gameplay, and the characters depicted would spout expositions or give helpful hints.

The game was broadcasted in installments, with players being forced to play specific characters during certain parts of the story, as opposed to being able to select a character as the original allowed. Wart could also be fought at almost any time by entering a vase whilst within Sub-Space.

Among many other minor changes in the game, the Mario Statues that Wart had stolen could be found scattered across the levels, or picked up after defeating a boss. These functioned as both a 1-Up and a healing item, restoring any life lost to the player's character. 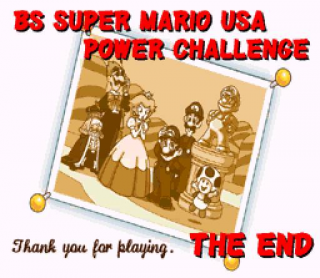