Released in the U.S. under the name "Zettai Hero Project: Unlosing Ranger vs. Darkdeath Evilman" or "Z.H.P." for short, this game is a madness-inspired tactical RPG that claims it can be played over 40 million times.

Main Character - The playable character. A reactive silent protagonist, his name is chosen by the player (possibly with the assistance of a comical random name generator). He begins as an innocent bystander, merely minding his own business. However, destiny soon intervenes, and he becomes the new Unlosing Ranger.

Pirohiko Ichimonji - A former hero who once went by the name "Absolute Victory Unlosing Ranger;" after an unfortunate traffic accident, he is now a ghost of his former self (literally). But not one to let death get him down, he now serves as the guardian spirit for the New Ranger and gives advice and motivational speeches when needed. However, these motivational speeches are often comically bad and somewhat creepy.

Etranger - A mysterious young woman who manages the New Ranger's home base. She offers to train the New Ranger, but usually ends up insulting the New Ranger for his apparent lack of skill. She also wears some sort of goofy rabbit hat.

Demon General Darkdeath Evilman - The final boss of the game. His powers include the ability to shoot lasers out of his eyes, breathing fire out of his mouth, and giant claws that cause huge amounts of damage. His goal is to destroy the world.

Super Baby - A mysterious baby with super powers. Darkdeath Evilman wants the baby dead, and it's up to the New Ranger to save the powered up infant.

ZHP is what is known as a roguelike, which is an RPG that involves fighting through numerous, often randomly generated dungeons. Gameplay is entirely turn based, with enemies moving and attacking only after the player uses a turn (moving, attacking, using an item, etc). Using a turn causes the Ranger's energy to drain, but luckily it can be replenished by eating food. And as long as the energy is above zero, the Ranger's health will regenerate upon each move (but it will deplete if energy is zero).

Like most RPGs, the player has access to numerous items ("over 800," as the game's box states) to customize the Ranger with. These include everything from regular daggers, to fancy hats made of candles, and even tank treds. However, all weapons and gear degrade over time, and can be repaired, sold, or thrown at enemies. Some items are specifically designed to be thrown, like jars of poison, hammers that cause confusion, and fluffy pillows that induce sleepiness in enemies.

The goal of each dungeon is to progress through each floor without dying, because dying causes the Ranger to return to his home base, lose all of his items and money, and to be reset to level one. This is the largest diversion in this game from traditional roguelikes, as in those most of those games death is permanent, and results in the player having to restart the entire game. But like any good hero, the Ranger does not lose all of his experience, and still retains any stat boosts he had previously received. Many dungeons (but not all) end in some sort of boss encounter, upon the defeat of which, the Ranger goes to fight the final boss (again), and in most cases, loses (again). This then leads to the Ranger starting another dungeon to train some more, and the cycle begins again.

In between dungeons, the Ranger returns to his Home Base. While this base is rather empty at first, over the course of the game, more buildings are built, and this allows access to RPG staples like a blacksmith, which can repair items, and synthesize new ones. Other buildings are not quite as common, such as a building that allows the Ranger to implant chips into his body to boost stats. The Ranger also has a home, complete with a hired daughter, and a hired wife (a Prinny, to begin with). Some of these buildings allow access to in-dungeon bonuses, like being able to remotely call upon the blacksmith, or to request a homemade meal from the Ranger's wife. 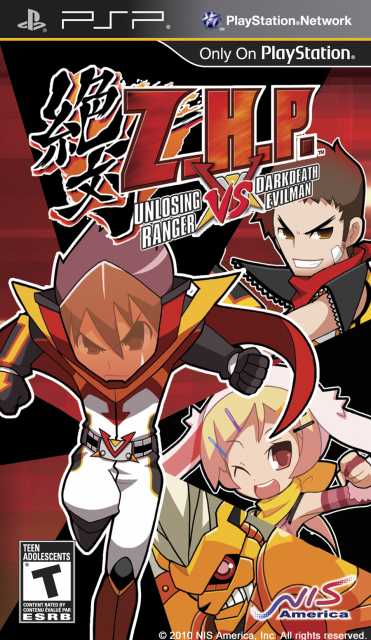