Like its predecessor,  this is a multiplayer-based game drawing from the Dynasty Warriors series, with significant changes to "musou awakening" or fury modes, and aerial combat. Rather than following the battles between the three nations of Shu, Wu, and Wei, the story of this version revolves around the resurrection of the first Qin emperor.

Like Strikeforce Special, officer cards can be applied to city and fields for player benefit, as well as the ability to bring AI officers as help in single player. Players can now create quests, this and general participation with other players creates "community points", leading to acquisition of rare items.

Characters cut from earlier versions of Dynasty Warriors, such as Meng Huo, Da Qiao, Jiang Wei, and Xing Cai return. Like the last Strikeforce, characters like Orochi, Nüwa, Sun Wukong and Sanzang Fashi make guest appearances. Keeping with the new nature of the story conflict, mythological heroes and rulers such as Shi Huangdi and Xi Wang Mu will be making their own appearance as unique NPCs or playable characters (some must be bought with Community Points). A complete list can be found on Koei's Wikia.
Exorsister Gods Eater Burst Monster Hunter Freedom Monster Hunter Freedom 2 Phantasy Star Portable 2 Monster Hunter Portable 3rd 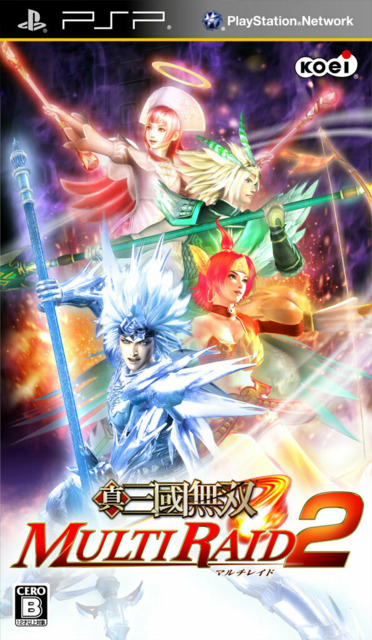