Alone in the Dark

Widely considered to be the first survival horror game to use polygonal graphics. Initially released on the PC by Interplay, and developed by Infogrames, in 1992, Alone in the Dark would go down as a historical landmark in video gaming history.

Initially released on the PC in 1992, Alone in the Dark is an early example of the sort of horror-themed game that Capcom would later coin as "survival horror" with the Resident Evil series. Alone in the Dark's influence shines through clearly in the original Resident Evil, which borrowed the fixed-view camera system and pre-rendered graphics style.

Aside from being the first of its kind, Alone in the Dark was one of the first fully-polygonal games in general. Notable for providing the player with a character that could manipulate objects in the surrounding environment and for providing a wide range of 3D characters and creatures to interact with. As players move from room to room, they're tasked with searching the environment for clues to solve puzzles to proceed to the next area, while simultaneously fending off attacks from creatures.

To fight off these attacks, players can wield several types of weapons, from knives, swords, brooms, and bottles to firearms like rifles, pistols, and shotguns. While the guns are supreme in their damage dealt, aiming the weapons in the fixed camera positions of each room can be extremely difficult, and the player must be mindful to conserve ammunition, as extra rounds are extremely rare throughout the course of the game.

Set in 1925, the player takes the role of either Edward Carnby, a private detective, or Emily Hartwood, an antique dealer and niece of a famous artist named Jeremy Hartwood. The player character is called to Jeremy's Louisiana mansion after Jeremy's apparent suicide by hanging. Upon investigation of the local town, the player soon learns that nobody is surprised to hear of Jeremy's death, as the mansion is said to by possessed by a foul and dreadful presence. The game begins with the player's character investigating the attic of the mansion as nightfall sets in, prompting the attack of vicious, Lovecraftian beasts. As the protagonist works down to the cavernous depths under the mansion, he/she uncovers the once-human, now an evil entity named Pregzt as the pervasive, corrupting influence on both the mansion and Jeremy Hartwood's mind. The player emerges victorious by throwing the fiery oil lamp into the abomination. He/she then escapes from the collapsing cavern and outside.

Postmortem on GDC by Frederick Raynal. 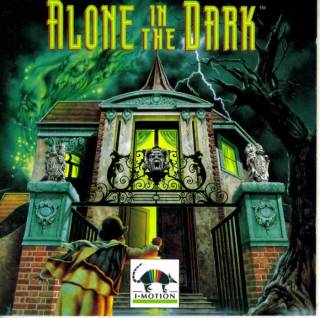