You must save the planet above by repairing the Complex you are frozen within. You must do it before they arrive to shut you down. And you must do it not with your own hands, but with those of your robots.

These words begin Michael Berlyn's Suspended: A Cryogenic Nightmare. In the game, you have "won" a lottery on the planet Contra and been cryogenically frozen in a facility that controls its critical systems. Under normal circumstances, the facility runs itself (with guidance from your sleeping mind). But something has gone horribly wrong, and you've been woken to avert disaster. And you must avert it quickly, because the people above you think you've gone insane (like your predecessor) and caused the disaster yourself.

Suspended is different than your standard interactive fiction because you do not interact with the world directly. Instead, you give orders to one of your robots. And complicating things further, each of these robots has differing capabilities:


The robots all start in different locations. The game shipped with a map to help track all robot locations.

Suspended has three difficulty settings, altering the number of turns available to complete the game. Ranked "Expert" by Infocom, it is widely regarded as one of the most difficult of all their games, even at the easiest setting. The scoring system also differed from other Infocom games. Rather than based on completing goals, the score was the number of casualties on the planet above, which the player attempts to minimize.

Like most Infocom games, Suspended shipped with "feelies" (view feelies). These included a briefing document, your lottery card, a letter informing you of your lottery "win", and a fold-out map with pieces representing each robot. 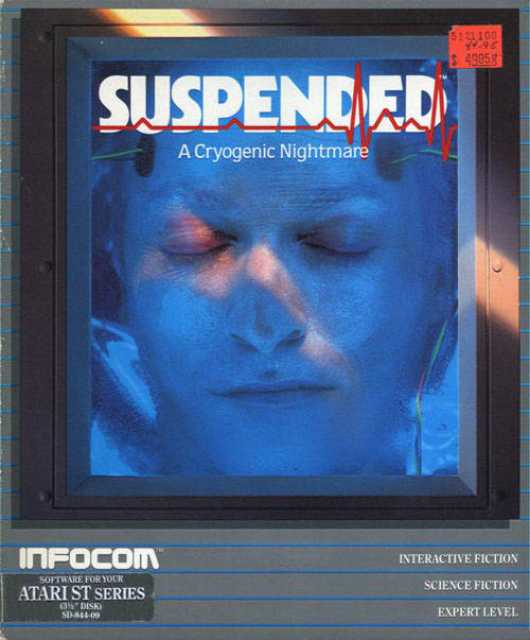