The first in the radiangames series, JoyJoy is a pastel colored twin-stick shooter with a variety of weapons.
Xbox 360 Games Store

JoyJoy, the first title in the Radiangames brand, is a pastel twin-stick shooter for the Xbox Live Indie Game marketplace. Developed by longtime industry veteran and former Volition employee Luke Schneider, the game was released on May 16, 2010 for 80 Microsoft points (the equivalent of $1.00). JoyJoy was well-received in terms of sales and critics, getting posted on numerous high profile sites. The game was praised for its different style and take on twin-stick gameplay, as well as its music and gameplay.

Upon its initial release, JoyJoy was entered into the 2010 Dream.Build.Play contest. It won sixth place, beat out by Duality ZF, Beat Hazard, Prismatic Solid, A.R.E.S.: Extinction Agenda, and Lumi. However, the build entered into the competition was an incomplete build.

When the soundtrack was first released, it was available for free on the Radiangames website. As the brand has expanded, there are now six Radiangames available, so a new form of distribution was necessary. Each game's soundtrack is available on Bandcamp currently, for the price of $1.99 per soundtrack.

JoyJoy, in many ways, works differently than traditional twin-stick shooters. The primary difference is stylistic. Whereas most twin-stick shooters use a neon color scheme (e.g. Geometry Wars, Groov, Beat Hazard), JoyJoy is entirely pastel. The game uses much softer colors, contrasting the brighter colors of other games. Naturally, the differences go beyond style, but the major initially noticeable difference is JoyJoy's pastel style.

In terms of core gameplay, JoyJoy is fairly similar. Players progress through the game's 25 waves in Campaign mode, periodically fighting bosses. Assisting in vanquishing these levels are six different weapons: Vulcan, Hunter, Lancer, Spread, Impulse, and Reflex. Each of these weapons need to be picked up as the game progresses (weapon upgrades for each of these are also periodically available, gradually upgrading them to "Ultimate" status).

Each weapon works differently, and can be cycled through on the fly. The beginning weapon, Vulcan, is merely a traditional laser, but other weapons provide more variety. The Hunter is a homing laser, the Lancer is a direct firing, powerful laser, the Spread is a spread-shot laser, the Impulse is a large, powerful orb, and the Reflex is a bouncing laser that can hit multiple enemies in one shot.

Other items and abilities are also available. Collecting stars that the enemies drop eventually activates one of two items: either the Burst or Vortex. Burst automatically fires out at nearby enemies, while Vortex traps all on screen enemies within it. JoyJoy does have a bomb system, although rather than picking up traditional bombs, each weapon has a "bomb." By holding down the right trigger and then releasing, lasers from that particular weapon fire out in all directions, eradicating most enemies.

One thing that JoyJoy was touted for was its many customization options. Not only does the game include five different difficulties (and two bonus difficulties which give the enemies certain advantages), but also includes six modifiers. These range from the ability to quickly charge up the bomb to complete invulnerability. These modifiers can be switched on and off at any time, either from the main menu, or at any time during normal game play.

Other than the main Campaign mode, JoyJoy also includes a Challenges mode. Here, there are six different challenges to attempt at. These typically include restricting weaponry, specific types of enemies, and/or boosted enemy abilities. Additionally, the sixth challenge is a Boss Rush, where the player faces every boss fought throughout the Campaign mode. These challenges retain the game's signature customization and still allow the player to customize difficulty and modifiers.
Geometry Wars: Retro Evolved I MAED A GAM3 W1TH Z0MBIES!!!1 Geometry Wars: Retro Evolved 2 TwinStick: This Ain't No Picnic Defenders of the Last Colony 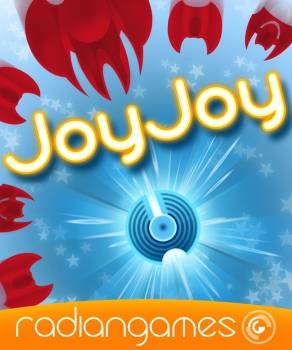