Turok: Evolution is a re-imagining of the acclaimed first person shooter series for Xbox, PS2 and GCN. Many fans say this entry, however, fails to live up to the standard set by its predecessors.
Game Boy Advance PlayStation 2

Turok: Evolution is a first-person shooter and the fourth installment in the Turok franchise. Developed and published by Acclaim Entertainment it was originally released for the Xbox, Playstation 2 and Gamecube.  It was developed by Acclaim's Austin studio (formerly Iguana Entertainment), and was later developed for the Gameboy Advance by RFX Interactive. A port for the PC arrived in 2003 for the European market.

The game follows Tal'Set, a Native American who is transported to the Lost Land while fighting Tobias Bruckner. There, he is rescued by Tarkeen, a seer who tells Tal'Set he is the legendary Son of Stone, otherwise known as Turok. From here, Turok must battle his way through the Sleg army to prevent Lord Tyrannus' plan of enslaving the human race.
Planetside: Core Combat Armorines: Project S.W.A.R.M. Jurassic: The Hunted Reptiles: In Hunt Half-Life 2 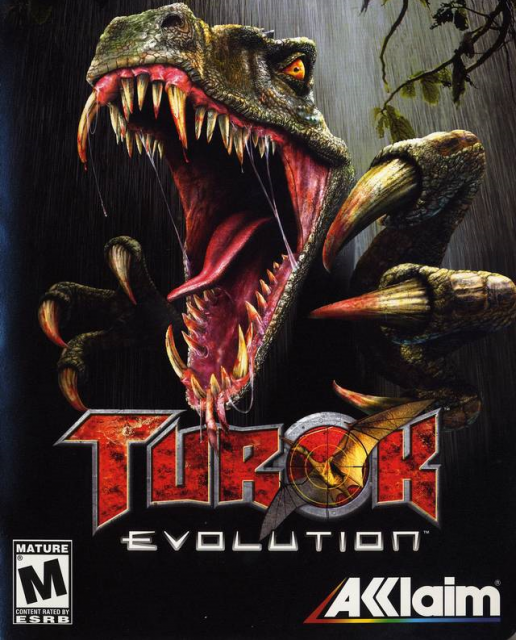