Tropico 4 sees you return as El Presidente, the tyrannical (or benevolent) dictator of the island paradise of Tropico. The game challenges you to build an island empire while dealing with other world powers as you work to build up your Swiss bank account.

Tropico 4 is the continuation of the Tropico series that focuses on building up a thriving, happy economy and populous on a series of tropical islands. Like the previous Tropico games, Tropico 4 combines real time strategy city building and resource management with various objectives throughout each scenario that are all informed by the game's satirical Cold War era politics and caricatures. Unlike Tropico 3, Tropico 4 adds an overarching story to its campaign mode in which you play as a leader attempting to gain world recognition for the nation of Tropico.

The campaign allows for the player to any one of 18 pre-created avatars or a custom created one through 20 missions over 10 different maps. The goal is simple, to create a tropical paradise, and to ruthlessly oppose all who stand in the way.

Every campaign mission starts with Penultimo giving a list of primary objectives that must be completed before progressing to the next mission. Secondary missions are handed out throughout the mission by Penultimo or any of the other advisers through exclamation points over the corresponding building in the city. These missions typically involve things like getting the treasury above a certain amount, or to gather a certain amount of resources, or to reach a certain level of happiness in specific categories.

The campaign initially spends most of its focus teaching the basics of the gameplay, but as the game moves on the story elements take a larger presence. Both international politics and individual greed play a large role in the progression of the story. The USA and USSR aren't the only outside factors that need to be dealt with, as the EU, China, and parts of the Middle East have decided to meddle in the plans as well. Natural disasters like tornados, volcanos, and drought have also a chance of messing things up. These factors help to make every mission play out differently, as outside influences add positive and negative stipulations to each mission based on the tempo of the story.

Tropico 4 plays much like the other games in the Tropico series. As the absolute dictator, the players job is to build up a small island presence into a big productive metropolis while lining their own pockets in the process. This is done through a combination of the wise spending of money and passing of prudent policy.

When building up the island from scratch, a tech tree must be followed before many buildings can be built. For instance high school is needed to train skilled workers in order to have the ability to build more advanced buildings like the power plant, which is needed to build buildings that require power.

A healthy money supply is needed in order to fund these projects. Money can be gained through a number of ways. The most common is through exporting of natural resources. Farms, mines, and lumber mills need all be built as well as a sturdy infrastructure of roads and a dock before a steady supply of money can be obtained. Money can also be raised from the tourism industry after building a way for tourists to get to the island and building attractions for them to spend thier money on. Other then that, the player can tax their constituents or get handouts from the world powers. This is generally accomplished through edicts.

Edicts are easy to enact trade offs that cover any number of social, political, and financial problems. Every edict has a positive and a negative affect to help balance out the economy. If enough money is earned but the people are unhappy the Social Security edict can be enacted to start to pay for the people's retirement. If money is running low and a little civil unrest can be spared the Nuclear Testing edict can be enacted in order to get paid from a super power while sacrificing the environment.

If too much is done to make people upset then they will begin to work towards removal from office, either politically or militarily. As El Presidente, players are subject to regular elections. It is game over if the player gets voted out of office or if the palace gets over run.

There are multiple ways to make sure only the player has any say in the islands future. The most direct way is to simply keep the people happy enough for them to continue to vote for the player in elections. Clicking on civilians shows what problems people are having so that players can work to keep them happy. Not all civilians think the same and they all are a part of different factions depending on whats important to them. People in the religious faction want churches and low crime. Environmentalists want low pollution levels, and capitalists want low taxes.

When that fails players can always keep a well armed force by theirr side to help fight any rebel armies that might form. Some edicts can be passed to detect upcoming rebel attacks and quell rebellions before they even begin.

Tropico 4 adds more than just a coherent and contentious story-line. Tropico 4 includes many tweaks and additions to the core gameplay of Tropico 3. The biggest tweak comes from the ability to import goods from other countries. This allows players to transform the entire island into a sweatshop, transforming imported into jewelry, furniture, or weapons to be exported for a healthy profit.

The advisers have been given a makeover as well, with each one getting a very exaggerated personality and a cartoon styled portrait. They also now regularly give challenges through exclamation points throughout the city which can be completed for bonus credits. These advisers are even more helpful than in Tropico 3 to make the game more accessible.

In addition to that they have added a number of buildings to aid in various ways. The new Ministry building being the biggest change of them all. With the new ministry building players can appoint regular civilians into seats of power, like the Minister of Economics or the Minister of Education. Having people in these seats is required for enacting many of the edicts, so keeping the ministry fully employed with skilled workers is very important. The Horticulture Station can be built as well, which increases the price on export crops and allows for a rapid regrowth of forests. There are also tons of new buildings to open new ways to generate money like the Stock Exchange, Shopping mall, and Aqua Park.

Modern Times - This is a single player campaign with an additional 12 new missions. Content includes a timeline stretching from the modern day into the future, and 30 new buildings including skyscrapers, organic ranches and biofarms.

Plantador - This piece of content DLC allows the creation of Plantations and the Plantador avatar trait.

Junta Military - This piece of content DLC allows the creation of a bunker and Veteran avatar trait.

Quick-dry cement - This piece of content DLC allows the creation of the Cement Factory building and a quick build avatar trait.

Megalopolis - This piece of content DLC allows the creation of the Conventillo and Bureaucrat trait.

Pirate Heaven - This piece of content DLC allows the creation of Smuggler's Huts and Sailor trait.

Vigilante - This piece of content DLC allows the creation of the Labor Camp and an Alter Ego trait.

Penultimo - Primary adviser and suck up 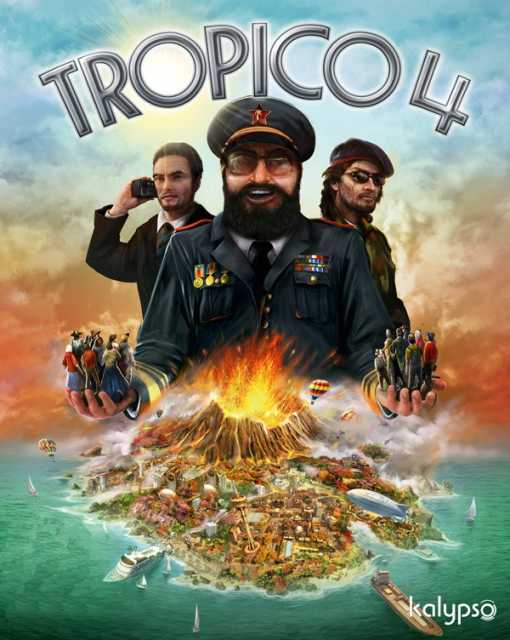