An uncompleted video game for the Gizmondo handheld console, a GPS-enhanced turn-based strategy RPG based around a clandestine Victorian-era monster-hunter group.

The player was to play an agent of a secret organization dedicated to the capture and study of supernatural creatures. The creatures themselves are all based on popular myths and legends, such as Victorian-era favorites like the faerie-folk to popular cryptids such as the Loch Ness Monster and Bigfoot.

As a senior field agent, it's the player's job to follow leads on monster sightings and, if possible, capture any of them alive and bring them back to HQ for analysis. Missions tended to be based around one "boss" monster, the source of the sighting rumors, with several recurring "lesser" monsters appearing as random mobs throughout.

Captured monsters could then be used in battle for future missions, similar to Pokémon or the Megami Tensei games. As the player captured monsters, they could also unlock new features back at the organization HQ, such as a training simulator created by mystical energies or new equipment for the player character.

Battles took place on a Final Fantasy Tactics style grid where two sides would take turns to fight each other in a single enclosed space, randomly selected from a group of pre-generated maps. The agent is the only human unit - the allies being previously captured monsters - and his/her death would be an immediate game over.

In an effort to carve its own niche in the handheld market, Gizmondo was pushing its unique (for handhelds at the time) GPS (and GPRS) function, ensuring several planned games for the system would be able to access the utility in some way.

For Supernaturals, this was to be a "frequency bonus" for some of the rarer monster types. Depending on where the player was while playing the game - such as a city street, the countryside or on the ocean (if one were traveling) - certain rare creatures would appear far more often. Moreover, certain "uniques" would only appear in specific regions of the world, prompting a global online community trading their "local" monsters for exotic rarities from across the world. Using an example above, Bigfoot might appear frequently for American and Canadian players and very rarely if at all for players in other countries.

However, the extent of this feature was not fully realized before Gizmondo shut its doors and halted progress on all games in development. 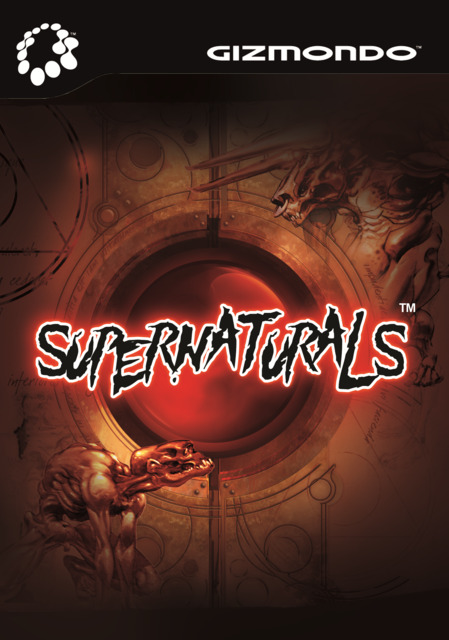