An RPG released in Japan in 1991. A translated version called Star Odyssey was shopped around for a publisher, but the translation was reportedly so shoddy that nobody would touch it.

Blue Almanac is a turn-based RPG with a sci-fi setting that was released exclusively for the Japanese Sega Mega Drive. It features multiple planets to visit and a lengthy story that begins when its young protagonist, Miyabi, sets out for the planet of Terra to complete his studies.

For the game's 20th anniversary, translation team and publishers Super Fighter Team in conjunction with Starfish - the company that acquired Hot-B's licenses - released a professionally translated version using one of the early localization prototypes as a base. This version of the game was renamed Star Odyssey. 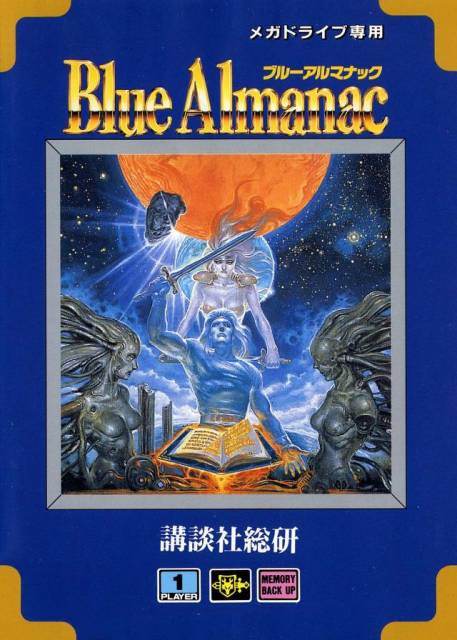