In Boomerang Sports Queimada players compete in a game of dodgeball, either with CPU controlled team mates or with another human player.

The characters move automatically with players swinging the motion controller to throw the ball while using the buttons to catch and pass. 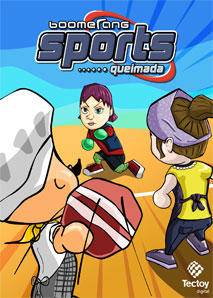