Boomerang Sports Peteca is a sports game developed and published by Tec Toy for the Zeebo.

The game was later re-released to support the Z-Pad and was re-titled to Zeebo Sports Peteca and was published by Zeebo Inc.

Boomerang Sports Peteca plays very similarly to Wii Sport's tennis game. Instead of tennis however players are playing a traditional Brazilian game called Peteca. Peteca is similar to badminton, but players use their hands to hit the ball rather than a racket.

The game originally used the Zeebo's boomerang controller, which was a motion controller to swing the characters arms to hit the shuttlecock. The characters are moved automatically with players just controlling the swings. 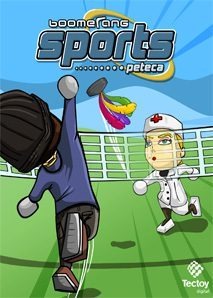