Gaiflame is a turn-based strategy game from Masaya that was released on a number of Japanese home computers, as well as the PC Engine. The PC Engine was later added to the Wii's Virtual Console. No version of the game was ever released outside of Japan.

The player moves around mecha and jet units around a world map, trying to conquer as much territory from the forces of darkness as possible in order to repel them. When two opposing sets of troops occupy the same area, the game switches to a hexagonal grid where the two forces clash. When units meet in combat, the game uses animated cutaways demonstrating the exchange of damage.

Gaiflame is considered a precursor to Masaya's Langrisser series, along with Gaia no Monshou and Elthlead. 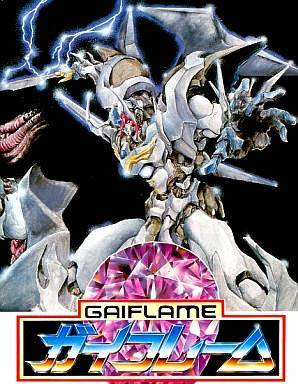