2D Saturn beat-em-up based on the Crows manga series.

A standard beat em up in the vein of Double Dragon. Although the game may play like a beat em up before each stage you get to choose what kind of combos you are allowed to do during the stage. Doesn't mean it isn't a beat em up but it at least has that unique feature in the game. This game is also based on the Crow manga and it has a anime like look to it as well. Although they went with a more super deformed style instead of going with a look that would match the manga. 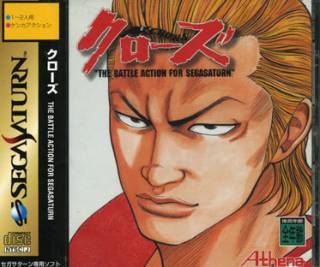