An abstract puzzle game from the creators of Toki Tori.

Play involves guiding colored cubes to their like-colored receptacles. Arrows, conveyor belts, and teleporters can be placed to alter the path of the cubes; getting each series of colored cubes to the correct destination requires smart use of the limited pieces given and avoiding collisions between cubes. There is a layered hint system that will show whether pieces have been placed correctly, or the unlabelled correct positions of all tiles.

Puzzles are largely grouped by difficulty, with individual levels unlocked as the player completes ones in that category. Unlocked puzzles can be completed in any order. There are also some other groups, as well as a number of 'hidden' levels.

Each level has two phases - placement of puzzle pieces, and testing. During placement the player is free to add, move and remove the puzzle pieces. (Rotation is not allowed, and some pieces - particularly arrows - are directional.) During testing, cubes are repeatedly spawned from their initial locations and move until all have reached their end location or a failure occurs, and the player is able to rotate the camera but not interact with the cubes or pieces. The player can switch between phases at any time, but testing restarts each time. 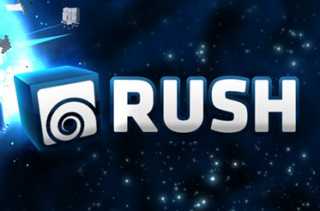