True Crime: New York City is the sequel to True Crime: Streets of L.A., and is universally considered to be significantly inferior to the original game, with a worse framerate, dumber AI, and bugs that weren't present in L.A.
PlayStation 2

True Crime: New York City is the sequel to Activision's True Crime Streets of L.A.. While somewhat improving the gameplay elements from the previous title, the game suffers from multiple problems such as low frame rates and bad AI. One of the game's most impressive feature is the fact that the map of New York City is accurate, and seems to be very detailed. This can be seen in the street signs and names, that resemble real streets. However, most critics have looked past this to the recycled, broken gameplay that the game features. The auto-aim system was very well done, and is similar to the one in Grand Theft Auto IV. The game's worst shortcoming is the frame rate issues, that are present on every version of the game, breaking the action and making the game rather lackluster and not fun.

The gameplay for True Crime New York City Is fairly straight forward. It is a mixture of gun play, driving and melee combat. The strongest aspect is would seem to be the gun play. As previously stated in this page the auto-aim is quite competent and very well done; allowing you to quickly snap to and eliminate your targets.

There is also a precision aiming function that lets a player enter a slow motion, manual targeting mode in which they may choose to take a nonlethal neutralizing shot, or a deadly head shot.

The problem with the game was it had major bugs and gltiches which would sometime make the game unplayable. The frame was unstable even on the PC, if you met the requirements or even ar exceed them the frame was not constant.

The story begins with a gangster named Marcus Reed going to an apartment all being bloody and injured. It is because he is betrayed. Marcus goes on a killing spree on Kev Lar and his henchmen. He manages to kill Kev as revenge for setting him up. Just as one of the gang members is going to kill him, Terry Higgins saves his life. Angered of the damages Marcus did, he warns him that this is the last time he's going to save him. As Marcus walks away, Terry greeted him, "Merry Christmas".

Five years later, Marcus has become a cop. After finishing his training and meeting with his father to confirm his job, he and Terry drive to a factory where Terry is presumed killed by the explosion.

With help from Lt. Dixon and FBI agent Gabriel Whitting, Marcus begins taking down crime syndicates to find out who is the mole of OCU.

Marcus and Whitting order Victor to open his locker as he reveals he got a warrant for search. Upon being told to open it, Victor tells Marcus that someday he wished he never crosses him. After taunting Marcus, a bag of money fall, getting proof that Victor is the mole of OCU and Terry's killer, although Victor tries to tell that he is innocent.

In the subway, Marcus sees Terry, alive and well. He discovers that he is the mole all along. It turns out that Terry knows that Whitting is after him so he framed Victor and faked his own death. What did Marcus unknowingly did is that he protected Terry from gang vengeance from the crime syndicates. Marcus is angered of the treachery and Terry, angered of his self-righteous attitude, threatens him with the pictures of the rampage in case if he tells the police of Terry's actions. Terry goes to the subway and Marcus goes after him.

Marcus chases Terry through the train. Terry escapes by putting one car apart, but Marcus shoots the car in rage, sending the car flying away. He escapes from the crash.

Terry is shown dead as his body is carried away in a stretcher. Marcus is upset that he got played, but Dixon reassures him that he will be on great detective. Instead of getting a promotion, Marcus suggests of getting his father release with help of a DA. Marcus walks away afterwards.

It follows the same ending except some changes. Marcus insults Victor, leading him to kill Whitting and being chased by Marcus in the train. A fistfight between them occurs as Marcus punches Victor off the train, killing him. Dixon is so unbelievable about Victor and tells Marcus to get some rest. In the subway, Marcus happens to know all along that Terry is the mole. He asks him that if he knew Victor is innocent, why did he kill him? Marcus replies that never liked Victor and is angered by Terry's treachery. He kills him with a shot in the head. Just as he is about to walk away with the money, Marcus walks back, staring at his badge in shame, waiting for his punishment for being a bad cop.

True Crime: New York City received very mixed reviews after its release and holds a metacritic score of 60 signifying "mixed or average reviews". Some critics praised the game for its story and its presentation of New York City. Game Informer called it "a must own for fans of the genre.

On the other hand, other critics found the game to be extremely buggy and felt that the bugs held the game back. Greg Mueller of Gamespot wrote, "Even if you forgive the flimsy story, cliché characters, and derivative gameplay, it's impossible to look past the myriad game-stopping bugs, frustrating glitches, and glaring technical problems that plague this game." 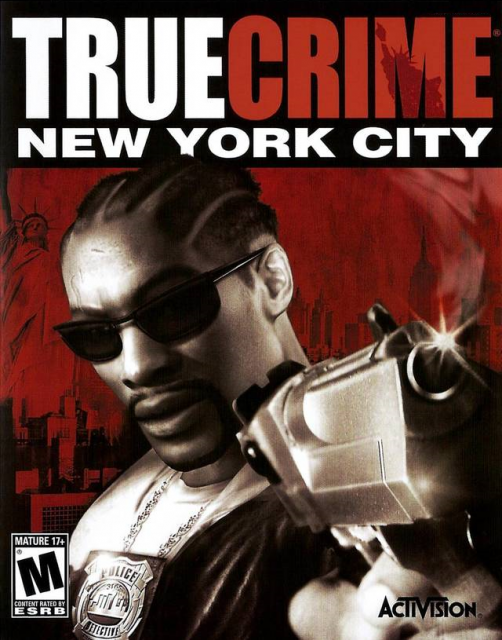