Developed by Millennium Kitchen, this is the first game in the Boku no Natsuyasumi series that takes place in 1975 and chronicles a 9 year old boy's summer vacation in the Japanese countryside.
PlayStation Portable

Boku no Natsuyasumi ("My Summer Vacation") is the first entry in the summer themed adventure series created by Kaz Ayabe at his studio, Millennium Kitchen, and released by Sony for the original PlayStation. 9 year old Boku has been sent to spend his summer vacation with his Aunt and Uncle in the countryside while his parents prepare to have a baby. He tries to make the most of his summer vacation by participating in family life, making new friends and taking part in a variety of activities. The goal of the game is to have a memorable summer vacation. The title was initially released for the PlayStation on June 22, 2000 and was later ported to the PlayStation Portable in 2006 which featured new characters and modified visuals. 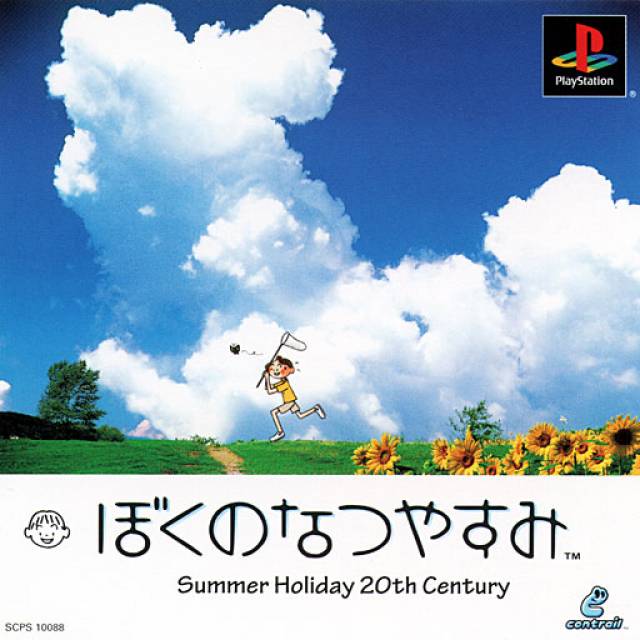