A heavily modified "port" of the PC RPG Chikyuu Senshi Rayieza done by Nintendo for the Famicom.

Originally an RPG developed for the PC (specifically the PC-88 and MSX) by Enix, Nintendo itself reprogrammed and ported the game to the Famicom, an unusual move on their part. The game tells the story of Earth's fight against the evil Garm Empire, who are intent on wiping out all humans utterly. The game begins with a recall of all human forces to Earth and the assignment of the player's character to a team with the heroic survivor of Mars, Blue.

The game's amusing box art, which has little to do with the game's actual content, is by Go Nagai.

The player controls the actions of Kenshirou and Blue in a typical RPG fashion as they ride in a pair of Rayeizas; the Rayeizas can be upgraded with various equipment found throughout the game. Rimi serves as a sort of "spellcaster", using psychic abilities to help the heroes or damage the enemy; she is incapable of any other actions.

Garm ships are displayed on a viewscreen in front of the player; most of the space travel is portrayed as being on the bridge of a ship. To navigate from one point to another, a "space map" can be selected and the ship can be directed to move from one point to another; a set number of units determine the distance from one point to the next. Depending on the current speed of the ship (which can be increased by various speed boosters) the player may stop at various increments of units and have to select "move" again; this is when encounters are generally initiated. In addition, the player can land on and explore underground areas on a number of planets. This is necessary to advance the game's story. Enemies can also be encountered in these underground areas. Combat remains virtually identical to space combat.

Combat against Garm Space stations serve as pseudo "boss fights"; the player advance through a barrage of fire to get close enough to do battle with the aforementioned stations. It's best to level a bit or get a better engine for the ship before attempting to fight even the weakest of the stations. Later in the game there are also more conventional bosses.

Human space stations serve as places to get passwords to save the game and purchase more missiles and pills. 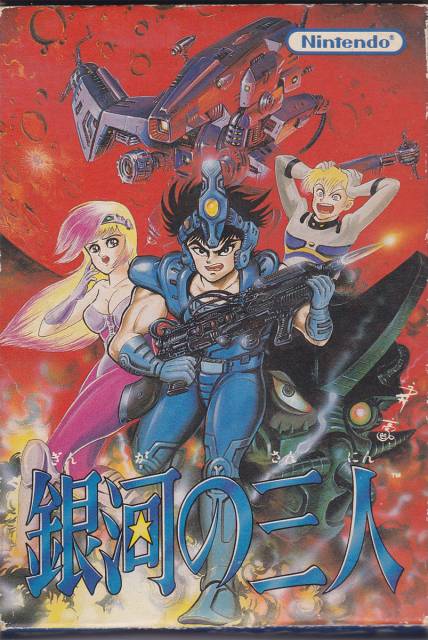