Blinx 2: Masters of Time and Space

Blinx 2: Masters of Time and Space is the sequel to Blinx the Time Sweeper.

In Blinx 2 the player progresses through two intertwined campaigns as a member of both The Tom Tom Gang and The Time Sweepers. The goal of these campaigns is to acquire all eight fragments of "The Big Crystal" to prevent the end of the world. The Big Crystal, being shattered, had its pieces spread across time and space.

Once all eight Big Crystal pieces are collected your team of Time Sweepers are tasked with fighting a final Time Monster called The Scissor Demon. After the first stage of the fight the player's Tom Tom team will show up, uniting the Big Crystal which is then used to kill the Scissor Demon, ending the game. 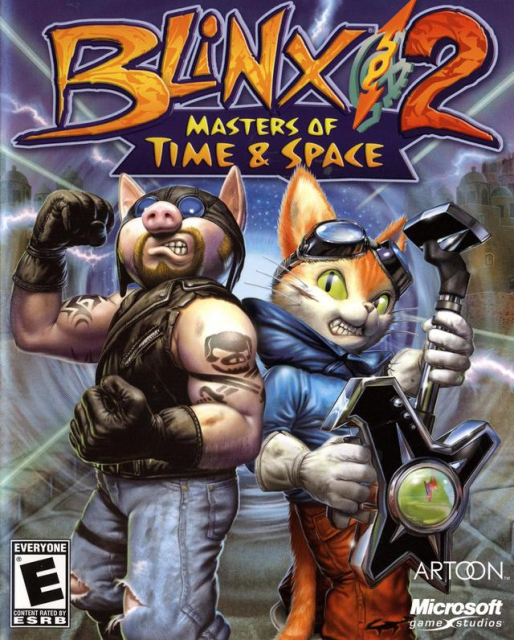